The Menzingers // After the Party

The Menzingers prove that they're one of the best punk bands working today.

by Nick Warren
View ProfileTwitterInstagramRSS Feed
February 15, 2017 at 9:00 AM 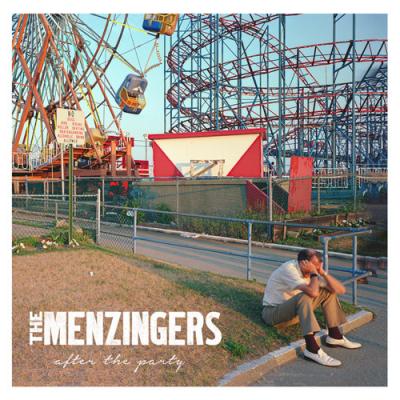 For their fifth album, the Menzingers have crossed into middle-age – for touring punk musicians, that is. Within the first minute, the band asks, "Where are we gonna go now that our twenties are over?" It's a recurring sentiment whispered within the genre, although usually not asked so explicitly. Nostalgia and introspection have long been tools used by the Scranton quartet, combined with melodic punk singalongs. Perhaps the single best example of "orgcore" (a tongue-in-cheek genre named in honor of punknews.org), the Menzingers have kept their batting average high, with After the Party finding itself dead center in terms of relative quality. Considering that 2012's On the Impossible Past was the single best punk album in the last 10 years, that's not a bad thing. Perhaps the boys should get back into Vladimir Nabokov (a major inspiration on the 2012 opus) however, as the lyrics become rather repetitive. It's a fair enough improvement from 2014's Rented World though, and a great piece of evidence proving that they're one of the best punk bands working today.