by Nick Warren
View ProfileTwitterInstagramRSS Feed
October 9, 2019 at 11:45 AM 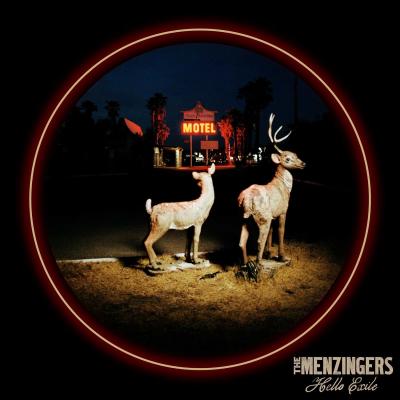 The Menzingers are back. Like Rocky Balboa proving himself once again, the band manages to go the distance, successfully defending their position as one of the best punk bands working today. At just six albums in, however, their road miles are clearly showing. As songwriters (principally led by guitarist/vocalists Greg Barnett and Tom May), the band has been preoccupied with an introspective examination of aging in the punk scene. This was clear in the first moments of 2017's After the Party, and Hello Exile continues that sentiment as somewhat of a spiritual sequel to that album. It stands on its own though, possibly better than its predecessor. Filled with the band's trademark singalong-friendly choruses, the album flows at a consistent clip. There are the standout songs, like "Anna" and "Strawberry Mansion" that will probably remain live staples for years to come. The slightly slower tracks like "Last to Know," the too-on-the-nose "I Can't Stop Drinking" and especially the titular track "Hello Exile" dip into a quasi-country sound even, though with not too much payoff.

by Nick Warren8 hours ago
No local deaths reported by Erie County Dept. of Health