The Murder Capital // When I Have Fears

by Nick Warren
View ProfileTwitterInstagramRSS Feed
August 28, 2019 at 10:15 AM 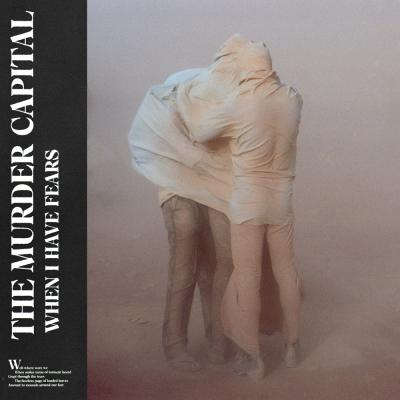 The latest in a new wave of inspired post-punk from The United Kingdom, The Murder Capital's debut album is being met with wide praise in one of the most impressive introductions of the year. The quintet from Dublin is now easily able to stand alongside fellow bands like Idles, Shame, and Fontaines D.C., carrying the torch of groups like Joy Division and Gang of Four, with an increasingly harder edge than groups like Preoccupations, Iceage, or Ought. Beginning with nearly a minute of simple wavering tones, the record comes in with an intense 16th note barrage of fuzzy bass, quickly followed by drums and a piercing guitar, divided by metallic hits as vocalist James McGovern comes in. His vocals are sloven and emotive, expressing an angry desperation that's just as effective on slower tracks like "On Twisted Ground" and "How the Streets Adore Me Now" as they are on hardcore punk-inspired rippers like "More Is Less" and "Feeling Fades." The pulse-pounding rhythmic chants of the latter tracks are often the most memorable parts of record, with standout tracks like "Green & Blue" straddling the line in a beautiful way.