The new album kicks off with fun contributions from Newman and Case in the title track and "Champions of Red Wine" before turning into a party on Bejar's synth and harmonica assisted "War on the East Coast."

by Alex Bieler
View ProfileFacebookTwitterInstagramGoogle+RSS Feed
September 3, 2014 at 7:15 AM 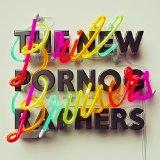 Since the release of The New Pornographers last album in 2010, prominent members AC Newman, Neko Case, and Dan Bejar all released critically-acclaimed solo albums. In a sense, it's almost appropriate, given that New Pornographers albums often feel like a collaboration album, where each person submits their own parts instead of working together as a true band, with each of the principle members taking up rotating spots on the tracklist. The same is true of the celebratory, electrified Brill Bruisers, and it's not necessarily a bad thing. The new album kicks off with fun contributions from Newman and Case in the title track and "Champions of Red Wine" before turning into a party on Bejar's synth and harmonica assisted "War on the East Coast." The band's work sounds effortless at times, despite the individual contributions, like on the ELO-influenced "Backstairs" and the groovy "Dancehall Domine," making Brill Bruisers a sweet treat from seven talented individuals. – Alex Bieler