The Rook Gets Crooked 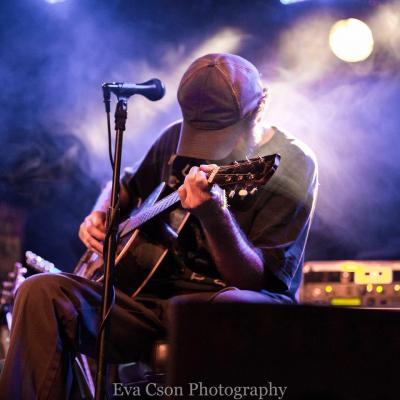 "Energy cannot be created or destroyed, only transformed." That paraphrase of the first law of thermodynamics was painted on two giant boards a few years ago. It wasn't the normal thing to do to commemorate the closing of a bar. But then again, The Crooked i was no normal bar. It was a music venue too of course, Erie's answer to the Grog Shop or CBGB's, but with a personality all its own. That aforementioned energy did move other places. Two main focal points were the King's Rook Club (the de facto home for the bar's clientele and promoter Ryan Bartosek) and Jamestown's recently opened bar The Beer Snob (the ambitious new venture by Crooked i founder Marty Schwab).

On the second Sunday in March, those energies will reconverge for a moment, and the soundtrack is going to be ideal. During that last night, spatters of Pabst Blue Ribbon decorated patron's clothes as they left courtesy of The Goddamned Gallows. The nomadic Detroit quintet will bring their unique brand of caustic punk/metal/bluegrass to the Rook's downstairs stage. Their set will come sandwiched between Albany, Texas trio The Urban Pioneers and none other than Scott H. Biram headlining the night.

Also known as The Dirty Old One Man Band, Biram continues to cement his image as a new take on the idea of a Texas bluesman. His songs have intermingling themes of violence, religion, and a freewheeling dangerous life built on the independence of a righteous outlaw. His latest release, 2017's Bad Testament pulls together skilled acoustic blues guitar and a swampy, feverish energy that's just as unsettling as it is enticing. The Urban Pioneers will showcase their impressively dexterous interpretation of folk and bluegrass for an opening set that's not to be missed.

Schwab helped coordinate this special tour stop — which features shows at the Beachland Ballroom and Mr. Smalls. "I wanted to recreate one night of the Crooked i experience for those that are nostalgic for it, and for those who never got to experience it, Schwab explained. "We're approaching our five year 'death date' and it felt like a great time to let Erie know how much I cherish the time we had together and hope that Erie feels the same. Also the lineup is stellar." — Nick Warren