The Sidekicks Sign with Epitaph, Plus an Unearthed Q&A

After Columbus-based band The Sidekicks sign with Epitaph Records, Alex Bieler recalls the time he sat down with past-schoolmate and current Sidekicks drummer Matt Climer. 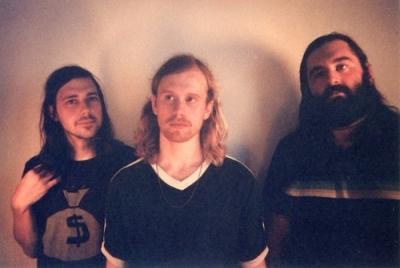 Just over a year ago, I had the chance to meet up with The Sidekicks drummer Matt Climer before his band opened up for Ted Leo and The Pharmacists at the Grog Shop. Matt and I had actually attended Incarnate Word Academy and played baseball together, so it was a great chance to not only catch up with him, but also do a quick Q&A with one of the founding members of The Sidekicks.

Great plan, huh? One problem: The story never ran due to an influx of news stories and essentially timed out. However, The Sidekicks recently made news of their own, announcing not only a new album called Runners in the Nerved World that will come out in Jan. 20, 2015, but that the punk-pop band had signed with Epitaph Records. It's a big step for Matt, Steve Ciolek, and Ryan Starinsky, and I couldn't be happier for them.

It's been a good year for The Sidekicks, with the Epitaph signing and getting to tour with Against Me!, a band that was a big influence on Matt, as you'll see in the Q&A. I suggest you have a listen to "Deer," the first available track off of Runners in the Nerved World, courtesy of Noisey. Congrats, guys!

Alex Bieler: How long have The Sidekicks been together?

Matt Climer: With this current lineup, almost four years. As a band called The Sidekicks putting out releases, technically since our freshman year of high school, so 10 years next February.

MC: Alright, except the first four years were growing up and learning how to play our instruments and becoming who we are as musicians. I guess we're still doing that currently, we're always growing, so yeah, almost at the 10-year mark. We started out sounding like a really bad-sounding version of Bad Religion or NOFX and somehow ended up with where we're at now.

AB: When you started you were much more punk. How have you changed?

MC: We've just grown naturally, as people and as musicians and with what we've come to listen to. Just like any other kid growing up, you start off with that one band that totally breaks you into alternative music. For me, it was when my uncle gave me The Clash "London Calling" and Rancid "…And Out Come the Wolves." That was like "Holy crap, sweet." From there, the one band that broke it into various genres was Against Me!, because they were a punk band, but there was something more to them, incorporating a folkiness to it. The songwriting was deeper than your standard snotty punk song. Melodically too, it still had that gruffness, but it had this really beautiful tone. Then The Avett Brothers broke it open, just playing with so much freaking energy, but still having these beautiful harmonies and these beautiful love songs and songs of heartbreak. When "Awkward Breeds" came out, Steve was listening to a ton of Elliot Smith, Weezer, Avett Brothers, The Microphones, Pavement… It's just that natural growth as a musician. You don't want to stand in one place, you don't want to put out eight records that sound the exact same.

AB: Earlier this year you got back from a tour in Europe. How was that?

MC: Awesome. Foreign in every sense of the term, I suppose. Just eye-opening, man. Hospitality there is something that makes the hospitality in the United States look so miniscule with how inviting everybody was, whether it be the promoter or the person you stayed with that night or the bands you played with. It was unbelievable. People were making us breakfast in the morning for no reason, going out of their way, and we couldn't have been more thankful or appreciative, because things are expensive over there. [Laughs] It was cool, getting off the plane and realizing, "Holy crap, we're in Germany right now." Listening to everyone talking and realizing you don't understand a word that they're saying… bonding with our driver who was from the Czech Republic. One of the best memories of that was that he loved the song "Flash Gordon" by Queen, and after every show he would just blast it and start singing, it just made every night that much better. Just the friendships you make over there and going to places. The London show was great and people were singing along. It was so weird, because we had never been there before, so I guess thank God for the Internet for that.

It was something that we had wanted to do for years and years and it finally came together. It was so worth it. I can't wait to go back.

AB: Is that one of those moments where you realize how serious this whole band thing is?

MC: Oh yeah. We've toured here in the States pretty heavily, so I guess it was that next step of doing what we want to do in this band and pursue it full time. You tour the States, and it's wonderful, but I've been to Seattle four times now. I love it there – it's my favorite city in the country.

AB: You've always loved Seattle. I remember back at Incarnate Word, you always said Seattle was your favorite city.

MC: It f---ing rules. Apparently nothing has changed since then.

Overall, it was just astounding how accommodating everybody was and it's really surreal to see people sing your songs in a completely different country. Thanks, Internet!

AB: You still a baseball guy?

AB: I remember you pitching. You were the best pitcher we had on our horrible team.

MC: It screwed up my shoulder. I think Mr. Bova pitched me a little too often.

AB: It was always you or his son.

MC: Totally, I felt like we were the only two ever pitching. I was like 'What the hell, man."

AB: He tried to have me pitch because I was so freaking tall. It didn't work out so well. I was great at getting hit by pitches though.

AB: Growing up in Cleveland, there's not really an automatic college you attach to.

MC: Right. Who am I going to root for, Cleveland State?

I was actually talking to Ryan, our bass player, about this, but I just have the urge to throw the baseball around, because I think my arm has finally healed. I separated a growth plate in my shoulder and I rehabbed it for a year in high school because I was pitching for Padua, but it just didn't get any better. The kid I grew up with across the street from, Derek Dietrich, played in the MLB. He was optioned back to AA, but he played half a year for the [Miami] Marlins.

AB: Now onto the beard portion of this interview, you got any beard tips. You've got a nice curl going on there.

MC: That's probably a lack of washing. [Laughs] Once it gets this long, it starts curling up on the sides. Eat your Wheaties, I suppose… Once I transferred out of Padua, I was like "Woah, I can have facial hair." I had just gotten broken up with, so I was just going to let it go, like an angsty teen. By the time school started, I had an actual beard and I didn't think I could actually do that. I've only seen my face once since I was 17. I shaved it when I was 23 and it was weird, man.

I feel like I've got to give it a little trim. The long hair and the long beard, it's a bit much. I feel as though I don't have much of a face left, so I feel like I have to trim the hair or trim the beard, and I'm digging the long hair.

AB: I expect to see you play in Erie sometime in the future, and when you do, I will let everyone know about it.

MC: Absolutely, bring everyone along. It'll be fun.