What would it take for Apple's manufacturing jobs to return to the U.S.? Hint: it involves suicide nets. 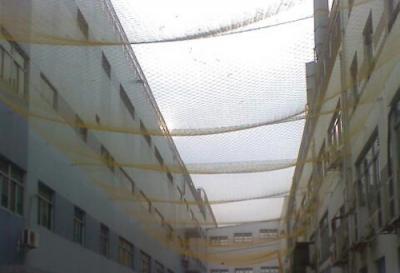 There's a fascinating story in today's New York Times -- if by "fascinating" you mean you'll want to claw your eyes out reading it -- about why Apple sent its manufacturing work to Asia.

In short, the answer boils down to a single quote:

"We shouldn't be criticized for using Chinese workers," a current Apple executive said. "The U.S. has stopped producing people with the skills we need."

And just what are the "skills" Apple needs from its workers? Here's a peek from the same article:

Apple had redesigned the iPhone's screen at the last minute, forcing an assembly line overhaul. New screens began arriving at the plant near midnight.

A foreman immediately roused 8,000 workers inside the company's dormitories, according to the executive. Each employee was given a biscuit and a cup of tea, guided to a workstation and within half an hour started a 12-hour shift fitting glass screens into beveled frames. Within 96 hours, the plant was producing over 10,000 iPhones a day.

"The speed and flexibility is breathtaking," the executive said. "There's no American plant that can match that."

Apparently, the skills American workers lack is that they aren't willing to live and work like slaves.

Wait! It gets better! The plant held up here as a paragon of a dynamic, flexible workforce happens to be the notorious Foxconn plant, which has "230,000 employees, many working 6 days a week, spending up to 12 hours a day at the plant." The workers live in "barracks" on site, and "earn less than $17 a day."

You might also remember Foxconn as the company that experienced a number of worker suicides because of the insane working conditions -- and if the suicides have slowed "to a trickle," it's because of the nets the company installed under the dorm windows, not because of improved work conditions. If the recent threat by 150 of its workers to commit mass suicide over those conditions is any  indication, things are still bad.

And even if somehow Americans were willing to return to 1800s-era working conditions, that probably wouldn't be enough for Apple to return its manufacturing work to the U.S. That's because the Chinese government is subsidizing its manufacturing plants...

Got that? In order to bring back jobs to the U.S. we'd have to live and work like slaves, and our government would have to subsidize the industry.

Which might actually happen, if current trends in inomce inequality continue.

I don't really see a solution. Not in our current political atmosphere. Industries like Apple love that they can make products cheaply and quickly and completely divorced from any concern for their workers. That's the way big business works nowadays. And we let it happen with our "free trade" agreements and the erosion of union power in the country -- as well as our lust for cheap consumer goods.

Frankly, we shouldn't be doing business in countries that allow Foxconn. We shouldn't be allowing goods to enter the country that have been made with slave labor.

Makes me want to run off to sea.