The Spook School // Could It Be Different?

Could It Be Different is one of those albums that's addictive to listen to. 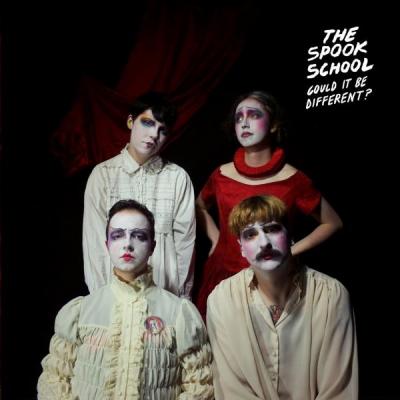 Could It Be Different?

Full of biting humor and honesty, Could It Be Different is one of those albums that's addictive to listen to. That jangly, indie pop sound is welcomingly reminiscent of the likes of Welsh band Los Campesinos! There's something so instantly charming about that sound from the outer reaches of the United Kingdom, as this Scottish quartet proves. The quick tempos and steady, thumping rhythms make this an easy album to appreciate, even on a surface level — it's definitely happy sounding music. Beyond that though, you'd have to make a decided effort to ignore some of the amazing lyrical content of the record. The Spook School is fronted by Nye Todd, a trans man. They aren't afraid to be known as the "trans band" though, and Todd is upfront about his journey, charting his voice after taking testosterone, and being lyrically upfront, especially in songs like the anthemic "Body" as he admits "I still hate my body but I'm learning to love what it can do." Tracks like "Bad Year" are emotionally cathartic and resonant, while the opening track "Still Alive" loudly takes a confident stand to open of the record. The band's third record finds them in an important place, with the warmly welcoming sound they've perfected. — Nick Warren