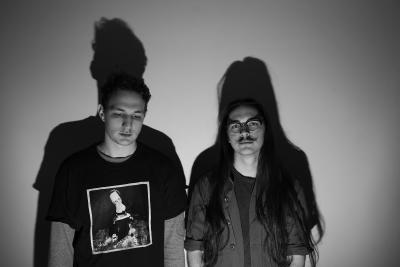 The Standby are celebrating the anniversary of their debut album, Over, Under, with a special release of a compilation of demos, including a previously unreleased track.

The band had been kicking on local stages for a few years, before their seven-song EP catapulted them out of the tri-state area and onto the national scene, touring multiple times across the country, releasing three music videos, amassing over 80,000 plays on Spotify, and earning coverage in national music outlets such as Alternative Press, Dreambound, Punk News, and Substream. All in the span of one year.

Over, Under has been described as "falling between Kurt Cobain and emo fame" by Alt-Press, and as "picking up where Balance and Composure left off with The Things We Think We're Missing" by SweetStatic. A modern emo kid's take on '90s grunge, Over, Under is a masterful blend of multi-genre influences, knowing just the right moments to be powerful and energetic, and when to be somber and introspective, and delivering a sound that fans of any alt-rock subgenre will enjoy.

"It was incredibly satisfying just to put out a cohesive release," says singer and guitarist Jordan Sigmund. "We put a lot of work into those songs, and it was an achievement to us making the EP, and realizing how many people we could reach."

Riding the successful year they had behind their debut effort, The Standby kicked off 2020 with a month-long  full U.S. tour, which surely would have been followed by more touring, if it weren't for the ongoing coronavirus pandemic. "We were planning on swinging through some parts of the South this summer that we had never been through before, and we were going to hit the West Coast again."

As a special anniversary celebration, the band has decided to treat their fans to Over, Under - The Demos, a compilation which features early demo versions of the songs "Wintersun" and "Broca", as well as a previously unreleased, untitled track. As to why the final track was left off of the album, Sigmund states "We just didn't feel that it fit the vibe of the rest of the record, and there were other songs we wanted to focus on more. At the time, we didn't even have lyrics, which is why we left it untitled on this release."

The untitled track is the highlight of this release, with an explosive chorus and vocal melody that is sure to get stuck in the listener's head, and will hopefully become a staple of the band's setlist, whenever live music performances come back. To return the ever-present comparisons to Nirvana, this track feels like the direction the band would have gone had Kurt Cobain lived to write an album around "You Know You're Right."

Over, Under - The Demos is available on all major streaming services as of Friday, Sept. 18, and be sure to keep your eyes and ears peeled for what the band does next. If the past year has been any indication, big things can be expected for the future of The Standby.