The Teachers Are Not To Blame

The leadership Jay Badams supplies Erie's schools is real, but let's not minimize the damage the cuts did to our children's education, and who, ultimately, is really to blame. 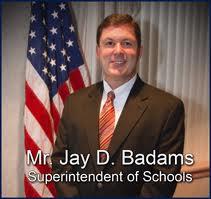 I mean, I admit I wasn't there in the trenches by the Erie School District all along, but I'm having trouble digesting some assertions the Erie Times-News' Pat Howard drops into an otherwise excellent op-ed on the ESD's long-term school consolidation plan, the news that it'll be closing three schools the next school year.

First, the good. I think Howard is spot-on when he praises current ESD Superintendent Jay Badams "for leadership rooted in rigor and analysis rather than politics and inertia." The school closings next year and implementation of a school consolidation plan is daring, it is hard, it does require creativity and moxie, and Badams has been ruthless and effective in trimming the school budget.

In fact, let's start calling him Jay "The Knife" Badams.

But then there's this:

That the fix Erie's school system is in results to a considerable degree from chronic shortsightedness, neglect and political pandering complicates the pitch. The solution will have to deliver reassuring measures of vision, competence, discipline and local support, especially given the sensibilities of Gov. Tom Corbett and his administration.

The district's teachers union held a forum earlier this month at which its leaders fingered Corbett's budget priorities as the source of the system's problems. Erie Education Association President Greg Henderson reiterated that on Thursday in response to the proposed school closings.

No one from the union mentioned that a major contributor to those problems is the sweetheart deal for teachers that former Superintendent James Barker and the School Board inexcusably approved right in the middle of the economic collapse of 2008. We'll see how much good faith the EEA brings to the table when it's finished riding out that contract in 2014.

Howard in the past has lambasted the previous ESD administration of James Barker, calling out Barker's creative accounting used to mask inappropriate over-budgeting that improperly relied on grants the district would not win -- "financial shell games," he called it -- and rightfully so.

But, really? To blame teachers for the budget woes?

For starters, the average ESD teacher salary is, what? $45k/year? (According to a totally unreliable source.) It was Republican House District 3 candidate, Regina Smith, who said the key to improving education was good teachers. You don't get good teachers by stiffing them pay and benefits.

And, remember, US teachers work the longest hours out of 27 countries tracked by the Organization for Economic Cooperation and Development. That Atlantic post also points to a Business Insider report showing US teachers are also among the lowest paid instructors in the developed world. That post also suggested that teacher pay was also low compared to other US college graduates:

The problem there, however, is that while the average salary of a veteran elementary teacher in the U.S. was $44,172 in 2008, higher than the average of $39,426 across all OECD countries, that salary level was 40 percent below the average salary of other American college graduates. In Finland, by comparison, the veteran teacher's salary was 13 percent less than that of the average college graduate's. Another problem noted was that though the U.S. spends a great deal on education overall, "American schools spend disproportionately on other areas, like bus transportation and sports facilities." These are all exceedingly difficult problems to solve, but they offer significant insight into the present education paradox.

Which is a long-winded way of saying I'm not buying into the meme that teacher pay is the problem. To quote Erie County Development Corporation chief John Elliott from that GAF cover, "you get what you pay for."

And then Howard criticizes "the just-blame-Harrisburg approach" for assuming "that Erie has the school system it needs and the only issue is that it's underfunded."

I can only assume that Howard here is taking to task those who oppose the school closures and long-term consolidation plan -- and not those (like me) who recognize that Erie's shrinking population and its educational inequities built into the district's very infrastructure and support Badams' inititaives...but STILL lay most of the blame for district underfunding at Governor Corbett's feet.

(After all, the revenue to fully fund our public schools existed. And the cuts that were made targeted programs that disproportionately helped poorer school districts like Erie, not the wealthier, suburban school districts that comprise his base. But you knew that already.)

Still, that line of reasoning feels like a strawman argument. Throughout my research on the school budget woes, I encountered no one -- not a soul --  who opposed school consolidation or even entertained the notion that everything with the ESD is hunky-dory.

To me -- and I can't get into Pat Howard's head -- this piece reads like a setup to pin all the blame for ESD's budgetary woes onto inept, crafty school district bureaucrats.

But that narrative ignores the fact that school districts across the entire state are slashing school budgets and raising property taxes. Surely James Barker did not run all of them?

Instead, I'm drawn again and again back to Governor Corbett.

After slashing Pennsylvania school district budgets by over $800 million, he had the audacity to blame local school boards for rising property taxes across the state.

And how much of a coincidence that fracking revenue is linked to county agreements not to interfere with drilling? Counties, desperate to make up cash deficits that the Corbett administration created, will be making Faustian bargains with the industry that funded Corbett's ascension into Pennsylvania politics.

Let's be frank here. I'm all for Badams' school consolidation plans. I think whichever he and the board approves of will be a boon for Erie for years to come. And I'm glad Badams is at the helm during this crisis. But none of us here will forget the real and lasting damage last year's cuts did to schools and education in Erie.

Regina Smith -- again! -- said during last week's debates that our school's problems won't be fixed by throwing money at them. But what we've just witnessed is that defunding schools only deepens those problems....