The Werks Bring Kitchen Sink to the Rook 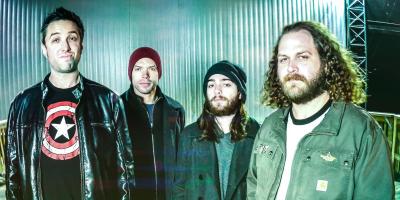 After more than a decade of covering live music, of this I am sure: It is never a toil — or a drudgery, or a slog — to watch the Werks conduct their business.

In the wide world of live music heavy-hitters, the Ohio-based four-piece (blowing minds all along the way, for over a decade themselves) have earned a spot on the Jam Scene all-star roster, becoming a bedrock under the new wave of music festival culture.

Their choice vibes ushered forth through a well-rounded master's brew of psychedelic-dance-funk-rock, they've played, well, pretty much every jam festival imaginable, and they curate and host their own annual Werk Out Music & Arts Festival, a transformational gathering at Ohio's historic Legend Valley that's become one of the best such events in the country.

The Werks' headlining performance at this year's Gathering at Chaffee's was reportedly most epic, as was their celebrated Fall 2017 tour's stop through the King's Rook Club. Try to make it work, then, if you're into this: They'll be doing their thing at the Rook again on Friday, Nov. 2.

Talking about their most recent LP last year, Werks drummer/vocalist/sample-slinger Rob Chafin put it like this: "[This is] the music that's in our souls," he said. "In a way, the past decade has been leading to this moment. We play and write so seamlessly together now, we're able to channel the inspiration in our hearts out into our instruments, and come at this from a pure place."

In Concert with Voters

by Matt Swanseger11/3/2020, 10:18 AM
This year's #iVoted Festival poised to be largest digital music event in history