The White Stripes Call it Quits

Some sad music news yesterday as the White Stripes officially announced their break-up. 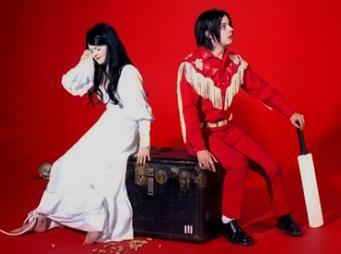 The announcement appeared on Jack White's Third Man Records site yesterday and was undoubtedly met with much disappointment from fans worldwide.

The White Stripes were a prolific and hard rocking two-piece, cranking out hit after hit and quality album after quality album.  They also put on a killer live show.  They will be missed.

Fans of Jack need not be too sad though, you can still catch him playing with either of his two side bands, The Raconteurs and The Dead Weather.  Meg, on the other hand, may never be heard from again.

by Adam Welsh6/29/2011, 12:20 PM
Remembering Katie Sheriff who passed away 8 years ago today. Sadly missed but not forgotten.

George Lucas Says the End is Near!

The Stars Line Up for New Beastie Boys Short Film

by Adam Welsh1/18/2011, 1:06 PM
A parade of celebrities make their way through the new MCA-directed "Fight for Your Right Revisited".

by Adam Welsh12/28/2010, 12:02 PM
There's still time to add your name to the petition to save the 814 area code in northwestern Pennsylvania. As of right now 3,256 people have signed, and the petition will remain open until the end of the week.