George Lucas Says the End is Near!

Count George Lucas as yet another person who believes the world is going to end in 2012. 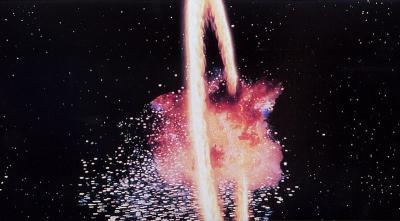 How many of these people do you know?  I have at least a couple friends who believe the world is going to end on or about December 23rd, 2012.  Awesome.  And now that George Lucas is on board there will be no shutting them up.  This comes from a meeting Seth Rogan recently had with Lucas and Steven Spielberg.  From torontosun.com...

He recalls, "George Lucas sits down and seriously proceeds to talk for around 25 minutes about how he thinks the world is gonna end in the year 2012, like, for real. He thinks it.

"He's going on about the tectonic plates and all the time Spielberg is, like, rolling his eyes, like, 'My nerdy friend won't shut up, I'm sorry...'

"I first thought he (Lucas) was joking... and then I totally realized he was serious and then I started thinking, 'If you're George Lucas and you actually think the world is gonna end in a year, there's no way you haven't built a spaceship for yourself... So I asked him... 'Can I have a seat on it?'

Great question.  I've wondered if people like Bill Gates and Steve Jobs and George Lucas are secretly building spaceships.  If I had that kind of money I'd at least think about it.  So is Old George going crazy here, or are we in big trouble?  What are your thoughts on the 2012 hysteria?

by Adam Welsh6/29/2011, 12:20 PM
Remembering Katie Sheriff who passed away 8 years ago today. Sadly missed but not forgotten.

The White Stripes Call it Quits

by Adam Welsh2/3/2011, 9:46 AM
Some sad music news yesterday as the White Stripes officially announced their break-up.

The Stars Line Up for New Beastie Boys Short Film

by Adam Welsh1/18/2011, 1:06 PM
A parade of celebrities make their way through the new MCA-directed "Fight for Your Right Revisited".

by Adam Welsh12/28/2010, 12:02 PM
There's still time to add your name to the petition to save the 814 area code in northwestern Pennsylvania. As of right now 3,256 people have signed, and the petition will remain open until the end of the week.