Tiger Maple will kick off the WQLN's Sounds Around Town 2016 season when they perform at the pond-side pavilion on the local public radio station's campus. 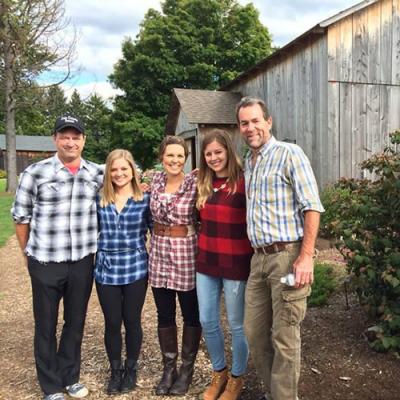 From murder ballads and love songs to old-time work tunes – all rendered clear, true, and from the heart – the talented members of Tiger Maple String Band are some of the region's finest progenitors of deep-rooted Appalachian string music traditions.

The Edinboro-based quintet is also a staple of the area's live performance scene, especially during the summer's various open-air, family-friendly, laid-back musical gatherings.

WQLN's Sounds Around Town summer concert series is a sweet little set of such happenings, and Tiger Maple will kick off the 2016 season when they perform at the pond-side pavilion on the local public radio station's campus.

Sounds Around Town continues each Friday evening, with slated sets by the Gem City Jazz Ensemble on July 15; Salmon Frank on July 22; Erie Playhouse performers on July 29; and Liquid Nixon on Aug. 5.

Each installment of Sounds Around Town (free to everyone, and recorded for airing both on WQLN radio and TV stations) is emceed by WQLN Radio's Gary Finney. As an added bonus, local craft beer and coffee samples will also be on hand.

As always, it's good, local music (and other good, local stuff) presented by people in the know about such things. That's well worth tuning in to. – Ryan Smith