Tony Kellogg presents his latest (and what could be a greatest) project: TK Blues Co. 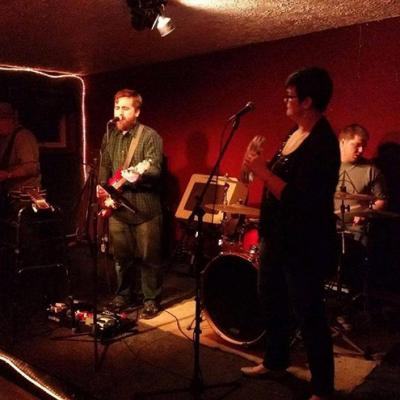 Whether he's playing rock, blues, or something in between, stalwart Erie artist Tony Kellogg is known and appreciated for having a skillful sense of musicianship – and for weaving heavy-with-heart tales of life and love (found, lost, and found again) into song.

Kellogg's played before – and very well – with other well-known Erie area artists like his wife, vocalist Amanda Kellogg, bassist Larry Barr (Echo), and drummer Jon Teater (Sonny's Fugitives). Now, he's gotten that gang all together, and is presenting his latest (and what could be a greatest) project: TK Blues Co.

The quartet describes itself as "a musical blues-based ideal, 20-plus years in the making. Not exactly copycat, not exactly original."

The quartet describes itself as "a musical blues-based ideal, 20-plus years in the making. Not exactly copycat, not exactly original."

Something familiar, but new all the same: That's a place where some of the best music springs from, and, coming from them, that sounds like it could be interesting (and, you know, probably pretty awesome).

We'll get the chance to hear it when TK Blues Co. takes the stage at the Kings Rook Club on Friday, April 28.

It's sure to be full of talented twists on the standard blues-rock fare, and, even more, straight from the strings of the heart. – Ryan Smith