Bieler might be a big huggy fluffy bearded bear, but when he tells you to do something, you best heed his words; in this edition of the To Do List, he tells all you Coral Reefers how to have a "Goode" Christmas.

by Alex Bieler
View ProfileFacebookTwitterInstagramGoogle+RSS Feed
November 29, 2012 at 9:30 AM 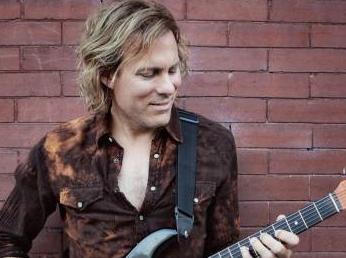 Don't worry; it's okay to immerse yourself in all things Christmas now. With the celebration of consumption behind, there are no more holidays sitting in the way of driving along streets ooh-ing and aah-ing at Christmas lights, gorging on enough eggnog to stuff a walrus, and picking the perfect tree that won't get thrown out until February without others chastising you for getting into the Christmas spirit too early.

Alright, maybe some people will turn their no-fun noses up in the air, but those Grinches are destined for coal anyway. While the season wouldn't be complete without "A Christmas Carol" or other classic tales, sometimes even a holiday as revered as Christmas needs a dash of irreverence.

Fortunately for you, there are four chances to see a Goode twist on a great holiday.

"Sometimes people think that I don't like Christmas and actually I love Christmas. I think Christmas is awesome," says Jeff Goode, the playwright behind "A Very Goode Christmas," which opens at 8 p.m. at Performing Artist's Collective Alliance Performing Arts Center and Theater (PACA) Friday, Nov. 30 with additional performances on December 1, 7, and 8 for mature audiences. "A Very Goode Christmas" is a festival of adult holiday comedies featuring "The Eight: Reindeer Monologues," a dark comedy directed by Jeff Rodland based on what would happen if Santa Claus was accused of sexual harassment, a topic that brings a new spin on a classic holiday.

"I think that if what you want is 'A Christmas Carol,' something which really reaffirms the true meaning of Christmas, those shows already exist and have been done so well," Goode says. "I've got nothing against 'Christmas Carol,' but if you want something different, you've already seen that, or you're not in the mood and want something funnier, something edgier and more irreverent, that's where I've found it's fun to play in that area, because there aren't that many shows of those that are well established. It's kind of about making sure Christmas isn't a one-note holiday."

In addition to the "Reindeer Monologues," which will play in the first half of each performance, Goode has an assortment of other short pieces that relate to the holidays that will play after a short intermission, such as the tale of when someone turns the idea of Santa into a religion and other unexpected twists.

"I think that's sort of what the heart of theater is all about," say Goode. "You bring people in the room and you start the show, but what's the last thing they expect to happen? I have fun with it."

Tickets for "A Very Goode Christmas" are $10 and doors open at 7:30 p.m. each night for a new way to kick the Christmas season off in a whole new way.
Peter Mayer's "Stars and Promises"

Even with all the seasonal commercials and displays of material excess, Christmas still holds a special place for many. It's a time of family, of friends – it's a time of togetherness.

It's this part of the holiday that brings Peter Mayer to Northwest Pa. Mayer, a guitarist for Jimmy Buffett, will be bring his "Stars and Promises" show to the Grace Baptist Church in McKean, playing at 7 p.m. Saturday, Dec. 1. While Mayer may be best known for the music of Margaritaville with the Coral Reefer Band, the show is a night of carols and songs that celebrate the joys of the Christmas season.

With his father serving as a Lutheran missionary, Mayer grew up in India. While there, he witnessed different faiths coming together to celebrate and cherish the various traditions they hold dear. It was out of this experience that the guitarist connected with the holiday.

"It always struck me how people with so little could sing with such joy," Mayer said. "For a world always going through a new set of growing pains, Christmas is the time for me where we stop – even amidst the madness of the shopping season – to be close to all that we love and hold dear. I grew to love those Christmas songs as a boy, and through my life as a musician, I've been able to write my own as well to add to our Christmas celebration."

Adding to the Christmas cheer is that the show benefits both the ANNA Shelter and the Northern Chautauqua Canine Rescue.

"In just about every place we play, we make sure we team up with a local charity," Mayer said, whose tour benefits various charities unique to each location he stops at across North America. "It's the time of year when many of us reach out to those that need assistance. It helps give us, as a band, a sense of gravity. We get to be part of your town for a night, a part of making things better in the community we play, rather than hitting town, playing our songs and getting out of Dodge."

Just in time for December, here's an opportunity to not only enjoy the Christmas experience, but also contribute to it. Tickets for "Stars and Promises" are $20 for adults, $10 for children 15 and under can be purchased at caninerescue.org/wp/ or for $25 at the door.