Jazz and Blues Walk, Erie Summer Festival of the Arts, and Roar on the Shore are all on Alex Bieler's To-do List. Put them on yours.

by Alex Bieler
View ProfileFacebookTwitterInstagramGoogle+RSS Feed
July 10, 2013 at 7:45 AM 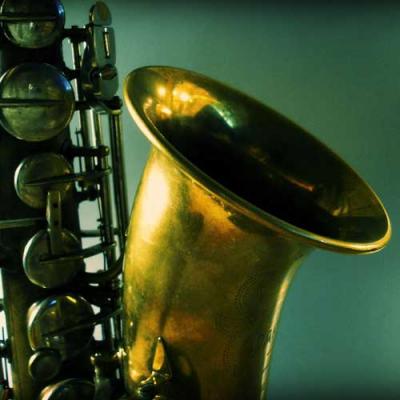 Roar on the Shore

When it comes to motorcyclists, a lot of people envision Peter Fonda, Jack Nicholson, and Dennis Hopper cruising along a barren highway on their bikes, manly men travelling throughout the country. Not quite as many think of white-collar workers holed up in their cubicles until 5 p.m. hits, but that's where they'd be wrong, because sometimes that mousy officemate transforms into a Harley fiend once the workday is done, unbuttoning his Oxford and letting his Stafford tie flap behind him, another welcomed part of the biker crowd.

"There's a camaraderie between motorcycle riders," says Greg Rubino, who's been a bike enthusiast since he was a kid. "We come in all shapes and sizes and a growing number of women are in the ranks now. My own wife rides a Harley – she has two of them – and she's a real fan, as am I."

Rubino, the chairman for this year's Roar on the Shore, has been working to have the bike rally grow since its inception in 2007, and it has, pulling in over 80,000 people last year and expected to approach 100,000 during this year's event, which runs from Thursday, July 18 to Saturday, July 20. In addition to the multitude of bikers coming to our fine town, Roar on the Shore welcomes guests like Grand Marshall Kyle Petty of NASCAR fame and expert Danny "The Count" Koker of "Pawn Stars" and "Counting Cars" fame.

With the sounds of thousands of bikes revving throughout the night, Roar on the Shore needed some people to provide the proper soundtrack for the three-day rally, so heavy rockers Queensryche, Jackyl, and FireHouse will play, something Rubino is excited about.

"I think it was a real coup," he says. "We have moved the music around to different flavors over the years, but the biggest response we always get is from that harder rock 'n' roll."

The rock may be hard, but the decision to head downtown for Roar on the Shore should be easy, whether you're wearing leather chaps or a cute sundress.

Every so often, a warm summer night calls for a nice late-hour walk. As some of you Harry Potter-heads might remember, a certain Auror said, "Nothing like a nighttime stroll to give you ideas." JazzErie had the inspiration long ago to add some magic to your typical downtown walk.

The Jazz & Blues Walk returns Saturday, July 13 to help fill downtown with a plethora of performers all within a short distance of each other. Walking distance, in fact, as a $10 button can grant you admission to shows in nine different locations spread across 13 blocks.

"It's an opportunity for people to hear a lot of local bands that they would not normally get to hear in the same evening," JazzErie President Allen Zurcher says. "[There are] a lot of different styles of jazz, for instance. There are groups that play sections from the great American songbook, like Frank Sinatra used to sing. There are groups that are doing more modern jazz, more in-your-face. There are blues bands, like Ron Yarosz and the Vehicle at Docksider."

The night starts off with a 7 p.m. reception at the Erie Art Museum, featuring the soothing sounds of The Heliotropes as well as free hors d'oeuvres, beer, soft drinks, and more. From there, jazz enthusiasts can amble to shows beginning at 8 p.m. and going until 11 at Pufferbelly Restaurant, Under the Clock, Docksider Tavern, and Urraro Gallery, or they can head to 9 p.m. to midnight performances at the Brewerie at Union Station, 1201 Kitchen, Erie Ale House, and Scotty's Jazz & Cigars. With venues featuring different artists ranging from trombonist Chris Dempsey and his quartet to local bass master Steve Trohoske and Bass Universe, jazz walkers can come and go throughout the evening, hearing as many acts as they'd like.

"On any given weekend in Erie, you can hear one or two groups depending on where you're willing to go," Zurcher says. "This is the one weekend of the year where we have nine different groups performing."

For a full list of performers at their designated Jazz & Blues Walk destinations, visit jazzerie.com to start planning your route. And if you don't feel like walking, that's okay; a pair of trolleys will be making rounds, picking up and dropping off people from 8 p.m. to midnight. Also, if you aren't a member of JazzErie quite yet, you can sign up before the walk for $25 and get a free button to Jazz & Blues Walk for a fresh take on your nighttime stroll.

Erie Summer Festival of the Arts

For over 40 years, the Erie Summer Festival of Arts has provided the Erie area with an event allowing everyone a chance to appreciate arts and music in a group setting since Alex Clemente and Pat Ferrito founded it in 1968. This year, the tradition returns Friday, July 12 and continues through July 14, and all for the reasonable price of nothing.

"We focus on the underserved in Erie and to expose them to arts and music for free to enhance their quality of life and feed their soul," says S. Vince Palermo, president of the event, also known as Erie Arts Fest, which will be held in memory of local music supporter Keith Veshecco.

Of course, donations will be accepted at the event, which go a long way to help bring in all of the musical guests (this year calls for uber-talented bassist Tony Grey, cover band M-80s, and Erie jazz queen Mary Alice Brown), theater, art, dance performances, and art lectures that go on over the free three-day fest. This year's celebration will be held down at the Bayfront Convention Center as part of the Perry 200's sponsored events, another local twist on an Erie tradition.