Best put Beer on the Bay and Funktapuss on your To-do Lists.

by Alex Bieler
View ProfileFacebookTwitterInstagramGoogle+RSS Feed
July 24, 2013 at 7:13 AM 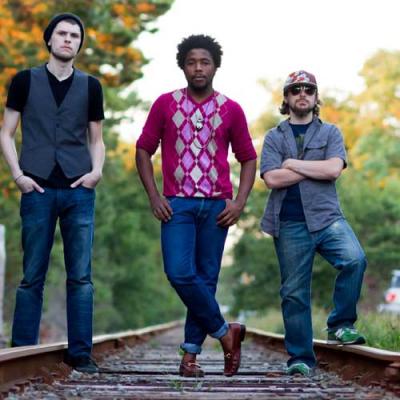 Beer on the Bay

Imagine walking into a local beer-shilling establishment to pick up your preferred fermented adult beverage when you notice something on the shelf. It could be a shiny bottle or a vibrantly colored can that catches your eye, leading you to a whole new brew, a brand new taste you've never had. As tempting as that bacon-and-maple-donut-infused ale in the bright pink bottle may be, you still walk on by and snag your go-to six pack, not wanting to have to purchase a product you've yet to taste.

Still, that exciting, unknown brew could be something wonderful. If only there was an event where you could go and try different drinks from a wide variety of breweries.

Well, you're in luck, because Beer on the Bay is right around the corner – if you live right around the corner from the Burger King Amphitheater at Liberty Park. The local beer fest will host dozens of brewers and representatives from across the nation – and even a couple from Europe – Saturday, July 27, including local guys Lavery Brewing Company as well as California's Sierra Nevada Brewing Co., all to help people grow their appreciation of one of the oldest and most beloved beverages in the world.

"That was the whole idea: To get people to try beers that they normally wouldn't on their own," says Becky Niemeyer, sales manager at Erie Brewing Company, the local brewery that started Beer on the Bay six years ago. "We were very lucky to have the support of the local and regional breweries and distributors to come and support the event so that beer fest-goers would have a great time and a great selection of beers."

Beer on the Bay is comprised of two different tasting sessions – one from noon to 3 p.m. and another from 4 to 7 p.m. – for hop heads and lager lovers to sample some suds. As the event has been growing under the watch of Erie Brewing Company and the Erie Regional Chamber and Growth Partnership, an organization that joined in halfway through Beer on the Bay's run to help with promotion, the VIP section has been expanded, with a hookah bar, brewery meet-and-greets, a quartet of food purveyors, and Presque Isle Ice Cream providing sweet treats.

Of course, with the beer being plentiful, it's always a good idea to have a ride, so designated driver passes can be purchased for $20, giving these fine citizens access to the VIP lounge for their good deeds.

"Nobody leaves there not having a good time," Chamber Vice President Claudia Thornburg says. "It's not really stressful – you're on the water. The venue there is exceptional."

For a complete list of participating breweries, check out eripa.com/beer-on-the-bay. Regular tickets cost $30 and VIP $45 before the event and $5 more at the door for a day in the suds and sun that can help you expand your craft beer mind.

Move over, mythical animal combinations, there's a new creature concoction on its way to Erie.

Okay, maybe Funktapuss isn't so much a combination of two animals like a griffin and more of just a fun portmanteau, but the five guys in this New England band do have funk ingrained in their brains.

"The saxophone player, the drummer, and I have been playing together for 16 years," bassist Brian "Beek" Vanderbeek says. "We started in high school. Our original band in high school was called Purple Monkey Dishwasher."

Eventually, Beek and company switched from primates to mollusks, adding members to form Funktapuss four years ago. Fast forward to today and the quintet will bring their sweaty, smooth funk to the crooked i Thursday, July 25, ready to give the State Street crowd a healthy serving of their exciting show.

"[We're] balls to the wall," Beek says. "We aim to blow the roof off of every place we play. We're very high-energy. A lot of it is improvised."

The day after playing at the crooked i, Funktapuss will head west to The Gathering at Chaffee's, which you may have read about in fellow writer Matthew Flowers' fine cover story in our last issue. According to Beek, the band will play some new, funky material for both nights in addition to past favorites.

"We're in the midst of writing our second album," Beek says. "It's coming along slowly but surely. We're doing a lot of new writing techniques. We're trying to branch out and do different stuff, maybe add a little more technology."