Peter Case comes to the Art Museum; Bad-Ass Film Festival challenges you to: The Gauntlet

by Alex Bieler
View ProfileFacebookTwitterInstagramGoogle+RSS Feed
September 18, 2013 at 8:03 AM 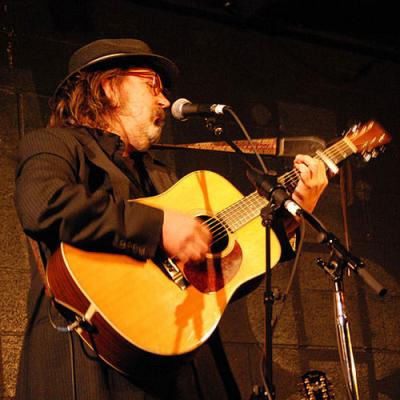 People love new. There's always something exciting about digging into some sealed plastic containing exciting goods. Just imagine how much less exciting it would be if announcer Rod Roddy had informed contestants on "The Price is Right" that they could win "a used car!"

Music is the same way, with listeners scouring websites trying to find the latest tracks and the newest bands, searching for a feast for their inquisitive ears. While there's nothing wrong with keeping up on the latest tunes and hippest recent act (you can check out our wonderful music reviews on page 16 for that), sometimes we lose track of past treasures in our search. And sometimes music veterans aren't content with resting on their laurels with their past success and still have plenty to teach the youngsters.

Luckily for Erie, Peter Case is ready to provide a master class on what it means to be a musician when he comes to the Erie Art Museum to play an 8 p.m. show Friday, Sept. 20, as well as teach a songwriter workshop at 7 p.m. the day before.

The Buffalo-born guitarist learned his craft from what he calls "an education on the street," having left his hometown when he was young to make his name in San Francisco, where he drew from various American styles, such as country and blues, to fashion his own particular sound, which he adjusts as he continues putting out new material.

"I've always drawn from the same influences – it's just that the recipe changes from year to year," Case says."It's just different amounts, not really a change of spice but a change of amounts."

Even after putting out numerous albums between his solo career, early '80s rockers The Plimsouls, and power-pop trio The Nerves, the three-time Grammy nominated troubadour has no plans of slowing down, playing over 100 shows a year and planning to record new material for a 2014 release, some of which will be played at the Art Museum.While Case might be playing solo, the audience shouldn't expect a slow night.

"I'm a singer/songwriter, but I'm also a performer and I come from a background of rock 'n' roll and folk music, so I bring a whole range of volume, so it's not just a soft introspective show," Case says."It has those moments, but I try to make sure that it's entertaining and it takes them on a trip."

The online search for the latest musical craze or the newest car on the market can wait for another night – Sept. 19 and 20 should be set aside for a proper Case study.

Forget running a gauntlet, is there anyone tough enough in Erie to sit through The Gauntlet?

If you call yourself a movie fan and like taking on challenges, then The Bad-Ass Gauntlet sounds like just the 16-plus-hour event your heart desires.

For one day, the Reed Union Building at Penn State Erie, The Behrend College will transform into a den of badassery, with two-thirds of a day's worth of badass feature films, shorts, and music videos being shown Saturday, Sept. 28. Not sure exactly what qualifies as badass? Don't worry; Bad-Ass Film Festival President David Bostaph is here to help show you the way.

"That question is why The Gauntlet really came about: to show people what badass is," he says."[The Gauntlet] is like our wine tasting. You sit down and get a wide variety of films ranging from westerns to sci-fi to action to horror – the whole wide world of badass is there for you to see, and we are making that argument for you in film form."

Of course, if you're not quite interested in checking out every film at the Bad-Ass Film Festival, which means staying for over 16 straight hours, it's alright; after all, sometimes people can only experience so much badass before their minds are blown, so you can stay for as much of The Gauntlet as you desire. However, if you can withstand the copious amounts of awesome emanating from the giant glowing rectangle showing films like crazy martial arts flick "Riki-Oh: The Story of Ricky" and shorts such as "Dave vs. Death," then you could come away with prizes that will be revealed the day of The Gauntlet.

Dedicated Gauntlet-goers that are in place for the first showing at 10 a.m. will be presented with a special wristband. However, if any person bearing said band leaves early, excepting for approved potty breaks (because even the biggest of badasses need internal relief), a Gauntlet Guardian will stamp offenders with the word "quitter," revoking their prize status.

Still, even without these trophies, the films are reward enough, with plenty of enjoyable nuggets of cinema that were discovered and chosen specifically for how cool they were, whether they were screened at Sundance Film Festival like thriller "We Are What We Are," or a Russian music video featuring a first-person chase that stormed Facebook five months ago.

"None of these were submitted to us," Bostaph says. "These are films that we have discovered on our own on the Internet. We actually went out and contacted the filmmakers and invited them to play our festival."

And now he invites you to come and, well, sit The Gauntlet. For just $12 – less than $1 per hour for those serious about the challenge – you can make your life just a little more badass.

by Nick Warren33 minutes ago
A Q&A with the iconic author, New Yorker, and cultural jukebox prior to Oct. 6 MIAC date