by Alex Bieler
View ProfileFacebookTwitterInstagramGoogle+RSS Feed
October 30, 2013 at 6:47 AM 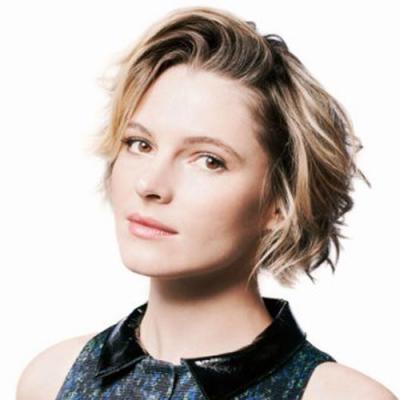 In a way, your subconscious is the movie theater of your mind. Each night can provide a different adventure from the mental marquee, whether it is a jam-packed action flick, a crazy fantasy, or a steamy romance.

Of course, if you're like me, you often can't remember the feature your brain provided you five minutes after you get out of bed. Others, like actress and director Amy Seimetz, recall their nighttime noirs, sleepy slashers, or whatever else their grey matter deems dream worthy. For Seimetz, her subconscious gave her a story to tell.

"This dream that I was having that was reoccurring was me finding out that my lover had killed somebody and I had to help them bury the body," Seimetz said. "There's something very emotionally engaging and electric about those dreams, and I felt like that was a strong place to start a narrative."

The contents of her dream ended up becoming the basis for her film Sun Don't Shine, which will be shown at 7 p.m. Wednesday, Nov. 6 as part of the current FILM at the Erie Art Museum "Women in Film" series. The sweaty, Southern tale has earned Seimetz a Gotham Independent Film Award nomination for breakthrough director, in large part for the way she brought her vision to life.

"The way that we were shooting it and the way we wanted to feel was like a dream," Seimetz said. "You, as the viewer, have no control over where [the characters] are going, and we wanted to make it feel like you were a part of it, like you were in the car. One of the more horrific elements of the storytelling is that you feel like you are doing this with them, but you have no control over it."

Fans of FILM at the Erie Art Museum might already be familiar with Seimetz, as she starred in last season's Upstream Color. This time around, she'll still be onscreen in the Erie Art Museum, but not in Sun Don't Shine. Instead, she'll be participating in a live Skype Q&A, hosted by Erie Reader Managing Editor Ben Speggen, discussing her film and the overall theme of women in film.

"Not to make a political statement, but for the most part, narratives tend to be male-centric or male-infused, so I think it's a good thing to discuss the differences of femininity and masculinity in storytelling and how that affects the way a movie is," Seimetz said.

It's been a good year for Seimetz, with the success of Sun Don't Shine, as well as being cast as a major character in season three of AMC's The Killing and appearing in three episodes of Christopher Guest's HBO series Family Tree. Now you can see her other dream come true when Sun Don't Shine plays at the Erie Art Museum.

The idea of the travelling musician has a long and storied past, from the minstrels of medieval times to the journeys of the old blues guitarists. Even today, artists tirelessly tour the nation, working to bring their tunes to the ears of whoever will listen. On those trips, they'll have good nights and bad nights. Sometimes they'll even find a home away from home.

For Kalob Griffin, Erie is his kind of town. The frontman of Philadelphia-based Americana rockers Kalob Griffin Band will return to The Flagship City for the third time, as he and his bandmates play at the crooked i Saturday, Nov. 9, with Griffin ready to give the local crowd another show. While the band may be hail from the other side of Pennsylvania, travelling to towns like Erie give Griffin inspiration for his music.

"I always feel like I'm searching for a place, so that's definitely a major theme," Griffin said. "I write a lot about places and the idea of home. I feel like a transplant here in Philadelphia. I grew up living in the country and the outdoors."

In fact, Griffin was raised less than two hours away in Clarion, Pa. before attending Penn State University with the idea of becoming a park ranger after graduation. Now the crooked i will be filled with friends of old and potential new fans, ready to hear Kalob Griffin Band. Now, Griffin and his band will bring out new cuts for the crooked i faithful.

"It's always exciting when you record new music that no one has heard, because you feel like there's this shimmer to it, this glamour of how you never know how people are going to react," Griffin said. "We play new songs all the time, and places like the crooked i with a great sound system and great hospitality and a great vibe, are a perfect environment to try things that may be a little riskier in a live show but could ultimately pay off for someone who is watching."

Just like touring destinations, not every travelling band is a hit, so when a good town and a good group come together, it's a beautiful thing, so make sure to welcome The Kalob Griffin Band back to The Flagship City when they return to the crooked i.