by Alex Bieler
View ProfileFacebookTwitterInstagramGoogle+RSS Feed
December 11, 2013 at 7:01 AM 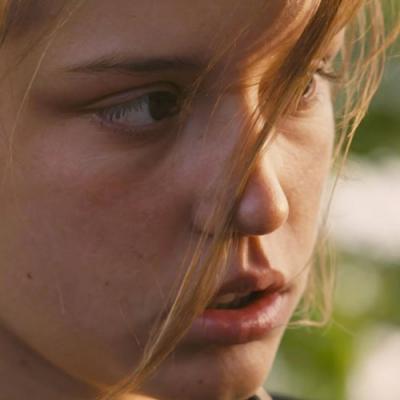 Blue is the Warmest Color

While FILM at the Erie Art Museum's Women in Film series may be coming to an end Wednesday, Dec. 18, it's a good thing that fans will be feeling a little blue.

French film sensation Blue is the Warmest Color will close out the current FILM season that final Wednesday, an award-winning end to a series full of critically-acclaimed movies. "Blue" gained notoriety after it premiered at this year's Cannes Film Festival, wowing audiences so much that it earned the Palm d'Or, Cannes' top prize.

The award isn't the only reason that Blue has gained so much buzz in the film industry. The movie earned an NC-17 rating for some lengthy and graphic loves scenes depicting the romance between two young French women. Despite the controversial material, the film's poignant portrayal of love and loss has plenty of supporters, including FILM curator John C. Lyons.

"Story-wise, it's an epic, raw, emotional love story between these two young women," he says.  "Us Americanos, we love our violence, but we're scared to death about sex."

Only 100 theaters across the country will be showing Blue, but Erie will be able to get a chance to see a film that's earning plenty of Oscar buzz despite the controversy, providing a colorful end to FILM's latest series.

When Geoffrey Chaucer, the man regarded as the father of English literature, first wrote down the phrase "all good things must come to an end," it's hard to determine if he knew just how much of a buzzkill that proverb would turn out to be in the centuries after his death. Well, the saying is weighing heavily on fans of the Erie music scene after news that the members of Shotgun Jubilee are putting the kibosh on a band locals have adored in the past half-decade.

"I think it was just time to finish it," says guitarist Paul Schillenger. "We've been a band for five years. Everyone has side projects, and it just felt like time to finish Shotgun."

The folky jam quartet may not have much more time together, but that doesn't mean that they can't celebrate, however. In fact, it's just too appropriate that the end of the band calls for a jubilee, with a farewell show being held Saturday, Dec. 14 at the crooked i.

The night will be more than just a typical show, as current members Schillinger, Dominick DeCecco, Steve Powell, and Jason Shaner will dip back into the Shotgun catalog with the help of former members like bassist Ryan Bartosek and vocalist Tonya Byham, invoking memories of the band's five years together in both fans and members alike.

"We'll never forget Shotgun," Schillinger says. "I played with Ryan and Steve for years before this and meeting Dom and all of these groups of people was great. We've always had a supportive fan base. Hopefully every one of them has heard the word [about the show] and they'll be there. We just really want to have one good last show for everybody."

Shotgun Jubilee may be ending, but Paul and the boys still have one more night together. The end may be a buzzkill, but you can be sure that Shotgun will go out with a blast.

Live music is more than just an auditory exercise; it's an experience. Seeing a performance play out in front of you provides not only a treat for the ears, but also the eyes. And a live act is malleable, giving a musician a chance to change the sights and sounds for every audience that comes to enjoy one of their shows.

However, not every artist provides a certain presence during a set, instead giving the audience a sonic blast without any on-stage visual excitement. Some people may be fine with that, but Columbus-based rapper Copywrite is not one of those people, thinking that performers should, well, perform fully.

"I think a live show should be more than a rapper walking back and forth on stage waving his hands around," says the 34-year old MC. "Rapping is a stripped-down enough art form that if you're just up there rapping, no matter how good you are, it can get boring. You have to do a lot of things and keep it moving."

Appropriately, Copywrite is out to prove that he's more than just talk, as he's set to headline a night of hip-hop at the crooked i Thursday, Dec. 19, joined by Pittsburgh's MC Jon Quest, Buffalo-based duo The Ren and Stimpy Show, and Erie team Ill Noyz.

Copywrite prides himself on providing a true experience through his performances, promising an energetic set with some improvisation thrown in for good measure, in order to provide his audience with an experience that's more than him just reciting lyrics on stage. He's also been working on new material, including a solo album to be released sometime next year. That doesn't mean that he won't treat fans to tracks from earlier records, including debut album T.H.E. High Exhaulted.

"I never abandon styles – I add on and when I need to go into the Rolodex, I just pull one out," Copywrite says of the variety in his discography. "I'm like a hoarder of styles, if you will."

On Dec. 19, he'll be bringing all of those styles to the crooked i, all part of one big hip-hop experience.