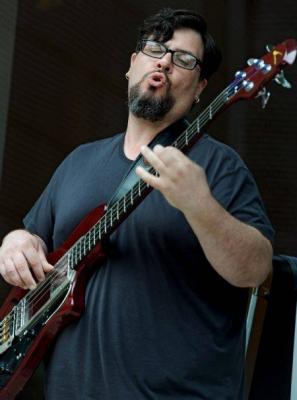 Last summer, celebrated local musician Stephen Trohoske released the wonderful seven-track album Soundtrack of a Daydreamer. It was available online, via streaming sites like Spotify and for download on Apple Music, but has eluded fans as a tangible release until now. What better place to celebrate such a new release than at Artlore Studio? Trohoske, along with his wife Lena Logvina, owns and operates the gallery and boutique which is one of — and arguably the only — location that sells exclusively Erie-made products, most of them being fine art. The west side gallery will see many members that constitute Trohoske's band, not to be confused with his many other projects, which include Stephen Trohoske's Art Groupies. The album features guests such as Eric Brewer, Stix Thompson, Allen Zurcher, Gordon Marshall, Ian Maciak, Charles Brown, Abby Barrett, and Elle Vahey. Also appearing on the album are Tony Grey and Leon Hughes, both of whom helped produce the album. In addition to the live performance, there will be giveaways and refreshments for guests in attendance. The evening will also be a de facto celebration of Trohoske's birthday, which comes a mere two days later. — Nick Warren

Stephen Trohoske, Soundtrack of a Daydream