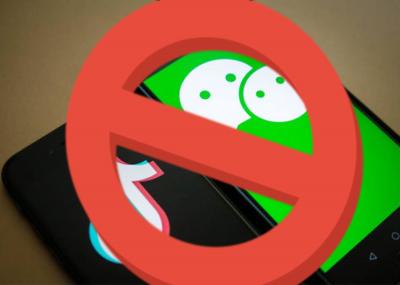 In its announcement, the Commerce Department said that both WeChat and TikTok collected information from their users, including location data, network activity, and browsing histories. As Chinese companies, they are also subject to China's policy of "civil-military fusion" and mandatory cooperation with Chinese intelligence services.

But doesn't this sound familiar to what the U.S. does during every election. The Trump campaign in 2017 known for its relation to Cambridge Analytica and how they assisted in his victory of becoming president.

In 2018 according to The Guardian, "Cambridge worked both for the Trump campaign and a Trump-aligned Super PAC. In June 2016, Cambridge sent three staffers, led by chief product officer Matt Oczkowski, to the campaign's San Antonio office. Oczkowski's team eventually grew to 13 people, working under Trump's digital director Brad Parscale and alongside his staff and outside consultants. According to Parscale, the Cambridge staff provided a useful analysis of data about the American electorate. However, they did not provide the raw data-- things like demographic information, contact information, and data about how voters feel about different issues-- on which that analysis was.

That may sound like a small distinction, but it's a crucial one. Ever since it burst onto American politics in 2015, Cambridge has trumpeted its massive data trove, boasting 5,000 data points on every American. Cambridge claims to have built extensive personality profiles on every American, which it uses for so-called "psychographic targeting," based on personality types. It is feared by some, including Hillary Clinton, for conducting a kind of psychological warfare against the American people and dismissed by others as snake oil. Both Parscale and Oczkowski have said repeatedly that the Trump campaign did not use psychographic targeting. Questions also have swirled about how Cambridge accumulated the data. Liberal voters, in particular, worried that their data had been harvested without their knowledge and used to elect Trump. But according to both Parscale and Oczkowski, the campaign didn't use Cambridge's trove of data, opting instead for the RNC's data file.

"The RNC was the voter file of record for the campaign, but we were the intelligence on top of the voter file," Oczkowski says. "Sometimes the sales pitch can be a bit inflated, and I think people can misconstrue that."

Parscale describes the firm's work this way: "As I've said multiple times over prior statements, Matt Oczkowski and his team created a daily tracker of polling, so that I could see how Trump was doing in key swing states. They provided that to me daily." Parscale says Cambridge also helped the campaign with what he calls "persuasion online media buying. They also helped us identify potential donors. And they created a visualization tool that showed in each state which areas were most persuadable and what those voters care about."

The restrictions will ban the transferring of funds or processing payments through WeChat within the United States as of Sunday. In WeChat, the limits will also prevent any company from offering internet hosting, content delivery networks, internet transit or peering services to WeChat, or using the app's code in other software or services in the United States.

Those same prohibitions on providing services go into effect on Nov. 12 for TikTok.

In a statement, Commerce Secretary Wilbur Ross said, "Today's actions prove once again that President Trump will do everything in his power to guarantee our national security and protect Americans from the threats of the Chinese Communist Party."

The ban resulted from an executive action issued by the president on Aug. 6. He claimed that both TikTok and WeChat collect data from American users then accessed by the Chinese government. Fines up to $1 million and up to 20 years in prison were threatened if violated.

"For all practical purposes it will be shut down in the U.S., but only in the U.S., as of midnight Monday," Mr. Ross said.

"TikTok would also face some changes, but would still be allowed to function until Nov. 12, Mr. Ross said, at which point it would face the same ban as WeChat if there was no deal that satisfied the administration's concerns."

"As to TikTok, the only real change as of Sunday night will be users won't have access to improved updated apps, upgraded apps or maintenance," he said.

Mr. Ross portrayed the threat from the apps in stark terms, likening it to a window between the U.S. and China that allows Beijing to peer into Americans' everyday lives.

"What they collect are data on locality, data on what you are streaming toward, what your preferences are, what you are referencing, every bit of behavior that the American side is indulging in becomes available to whoever is watching on the other side," he said. "That's what we're trying to squelch."

In its announcement, the Commerce Department said that both WeChat and TikTok collected information from their users, including location data, network activity, and browsing histories. As Chinese companies, they are also subject to China's policy of "civil-military fusion" and mandatory cooperation with Chinese intelligence services.

While TikTok and WeChat should outrage the American public because of their Disregard for the privacy of their users it should be equally upsetting that these practices continue unabated in the United States.it should be especially concerning that the majority of the data collection is done by those in positions of power and authority elected to office by the American people.  Americans have a right to privacy and elected officials have the obligation and responsibility to ensure that privacy. However, rather than protect the privacy of Americans the office of the president has chosen to collect it and use it to further their political purposes.