On a Wednesday in mid-October, the Erie Art Museum will deepen your understanding of the web through a documentary double-feature. 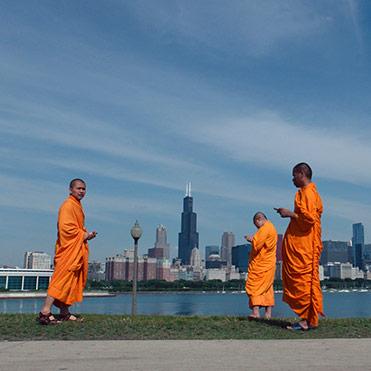 Few aspects of everyday life are as simultaneously bewildering and banal as the internet.

On a Wednesday in mid-October, the Erie Art Museum will deepen your understanding of the web through a documentary double-feature. The more eccentric of the two films is Lo and Behold, Reveries of the Connected World, oddball director Werner Herzog's philosophical take on the universe accessible through our phones, tablets, and laptops.

Herzog has been investigating the strange peripheries of human behavior for over 40 years, offering his unique musings about subjects as diverse as cave paintings, oil spills, televangelism, and life in the African Sahara. Here he directs his gaze toward electrical engineers, artificial intelligence experts, and real-life-Iron-Man Elon Musk, with reliably unusual results.

This double-feature is bound to be provocative. You'll have plenty to blog, vlog, comment, and tweet about when it's over.

Alex Gibney's filmmaking style is more straightforward than Herzog's, though his topics are often equally unusual. His 2016 feature Zero Days concerns a unique computer virus known as Stuxnet, which allegedly allowed the U.S. and Israel to sabotage Iran's nuclear program during the Bush years. Gibney, whose 2013 feature We Steal Secrets explored the moral ambiguities surrounding Julian Assange of WikiLeaks, is no stranger to the challenges of cyberspace, so expect something critical and informative from this one.

This double-feature is bound to be provocative. You'll have plenty to blog, vlog, comment, and tweet about when it's over. – Dan Schank