Umphrey's McGee // It's Not Us

It's Not Us provides fans with a slew of new material to feast on.

by Nick Warren
View ProfileTwitterInstagramRSS Feed
January 17, 2018 at 10:00 AM 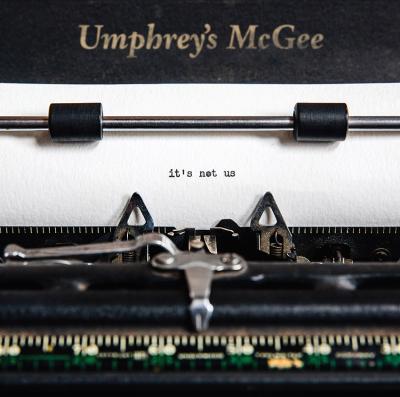 Nothing Too Fancy Music

The band's 11th studio album in 20 years, It's Not Us provides fans with a slew of new material to feast on. As any "Umph" fan knows though, it's not about the studio albums. The sextet from Chicago (by way of Notre Dame, Indiana) has earned a reputation as one of the world's great live bands. Umph fans will also be quick to point out the key differences between the band and the likes of Phish and the Grateful Dead. The band's sound is far more based on progressive rock and metal than jazz or folk. Tracks like "Remind Me," with its double bass and harmonized leads, will make that abundantly clear. The album isn't content to rest in any one spot however, as the next song, "You & You Alone" comes in with delicate chorused guitar chimes and emotive vocals from Brendan Bayliss. There's also the funky "Speak Up" featuring the ultra-cool tenor saxophone of jazz musician Joshua Redman. It's the last minute in the song "Forks" though, that shows listeners what's really magical about the band. The searing, perfectly articulated leads of guitarist Jake Cinninger are explosive, triumphant and exhilarating. — Nick Warren