Up Front: Get Out and Vote

Cory Vaillancourt's had some interesting things to say these past few weeks. He even coined the hot new word: abso-fracking-lutely. This week he didn't introduce us to any new words, but we introduce his column: Up Front. See what's on his mind this week.

by Cory Vaillancourt
View ProfileFacebookTwitterGoogle+RSS Feed
May 11, 2011 at 12:00 AM 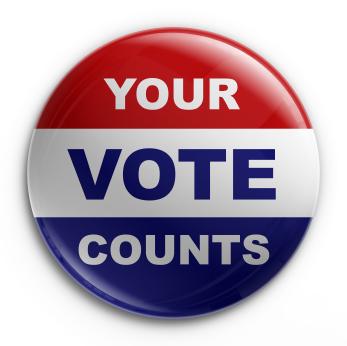 [Editor's note: this week marks the beginning of "Upfront," Cory Vaillancourt's weekly column. His previous work, including the Grossman/Wikipedia story, last week's "Go Frack Yourself," and the piece on Erie county candidates' websites generated an interesting amount of commentary, and led to the creation of this column. With that in mind, "Upfront" will address a variety of issues, occasionally in an irreverent, lighthearted manner, with the intention of starting a community dialogue. In short, this column seeks to erase what is usually a one-way conduit of information – from the presses to the masses. Your reaction to, and feedback on, the stories appearing in this space will help plot the course for future material, and, most importantly, get people talking about what makes this community better, and worse. ]

Tuesday is Election Day. Be sure you get out and vote.

Glad that's out of the way. Rather than write the usual pre-election column that everyone else is going to write this week, I thought I'd take it in a different direction. Most people who talk about the necessity of voting cite the sacrifices made by generations of Americans, both on the battlefields and at home.

I could sit here and tell you about how my grandfather walked from Australia to Okinawa with a 70-pound cellphone on his back and watched his buddies die on a daily basis during World War II. I could tell you about how his brother was blown off the deck of the USS Franklin by a Japanese Kamikaze attack, all while fighting for our right to practice this participatory democracy. I could tell you about how our fighting men and women are over there right now, in Asia, in the Middle East, in Europe, and Africa, as their loved ones anxiously await their return.

Anyhow, I am certainly not trying to diminish the contributions of our armed forces. If you stop and think about it, Americans have been fighting and dying for our freedom both here and abroad for more than 235 years, but that fact alone still does not motivate most people to get to the polls. So rather than focus on that, we're going to look a bit closer to home for the reasons you should be sure to vote on Tuesday.

First, let's look about at the piece I wrote last week entitled "Corbett to Universities: Go Frack Yourself." What a silly piece that was. I took all sorts of liberties with that one [the working title for this column, before being called "Up Front" was "Unsubstantiated Generalizations"], assuming the worst about what could happen with fracking on campus, and tried to bring some humor to it by coming up with the names of several cocktails that could be made out of fracking fluid. I'm sure the oil and gas lobbyists who read it (both of them) were highly amused.  But the fact of the matter remains – this may actually occur, very soon. How does that make you feel? Scared and enraged, or proud and excited? We heard from a lot of people on this issue, and the matter still isn't settled. Guess who gets to settle it – the people you vote for on Tuesday.

With as much as was said about Corbett's mad fracking, "Campaigning Through the Internet: Erie Political Hopefuls Say 'No Thanks'" generated even more feedback, both online and off. Several local campaigns purportedly circulated that piece internally as an example of what is wrong with Erie's political environment. While some candidates who have established presences on the web reportedly objected to being generalized as a bunch of technophiles, many others had to run a quick check to make sure they weren't on the naughty list. Did it make a difference? I like to think so, but we'll see on Tuesday—the day you go to the polls and vote for the candidate who is most like you.

Then we have Ebert Beeman. Currently facing indictment on eight counts of Social Security fraud, this sitting County Councilman has also allegedly failed to pay more than $2 million in income taxes. Keep in mind, Beeman was elected on an "anti-government" platform, which he appears to be taking just a bit too far. Whether you believe the allegations against this man, even the appearance of an impropriety of this magnitude shakes our faith in government. You think public officials would have learned by now to keep their noses clean, but this type of thing happens year in, year out, in every state of this great nation; it will continue to happen as we elect those who have absolutely no idea what the term "public servant" actually means. And who puts these people in there? You do. Chances are, you'll elect another one on Tuesday— if you're not careful.

Discouraging? I hope not. If anything, these three examples should invigorate you and motivate you to get out there and do something about it.

OK, where's the part where the whiny amongst you pipe up and say, "But what can I do? My one vote does not matter."

There is no better time to disprove that sentiment than this Tuesday. Some of these Erie County Council primaries will be won or lost by as few as a hundred votes. I suspect that some of the city council races will be decided by only dozens of votes. Don't like the idea of living in Fracktopia? Unsure about electing someone who doesn't know how to use a computer? Ashamed of sending yet another felonious whack job to the local assembly? If you really want to effect change in the people who govern us, grab 30 of your friends and neighbors and head to the polls.

Let's face it – our city, our county, and our region face some unique challenges in these trying times, and it's clear that some changes need to be made. Your involvement is an investment in your community. Your vote can improve this community and inspire others to do the same. But to make it count, you've got to go to the polls on Tuesday; the only person who can do that is you.

Anyone who does not know their designated polling place can find that information on the Erie County Department of Voter Registration's website, call 814.451.6275, or visit the department in person at 140 W. Sixth St.