Booze, burritos, and more? Election results as only Upfront can bring you. 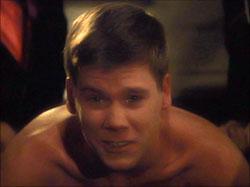 No, this column is not about the unfolding scandal at PSU, although I could see how you might have thought so based on the title. Last night, the brave and sober Editorial Staff of the Erie Reader transformed the U Pick 6 Tap House and the Vermont Tavern into the epicenter of the Erie political landscape. Or, at least we think we did.

Our mission? Divining the future, analyzing the present, interpreting the past, rolling all that together in a tasty burrito-like cylinder of election knowledge, and inviting intrepid Reader readers to take a bite. It was exhausting work, keeping our liquids and our electronics separated, but to my knowledge, no technological casualties ensued. So that's a win for us right there, considering that at any one time throughout the night, there were four beers, three laptops, two iPads, and one random passerby spewing a light, delicate coat of cigarette ash over our dangerously unbalanced table, like the Vesuvius to our Pompeii.

Throughout the day, I talked to candidates, incumbents, and party people about their feelings on the day's Municipal Election and posted their comments to our first-ever "live blog." I asked each of them how they felt about their chances and how they felt about the race in general, as well as for any observations they may have made whilst out on the campaign trail kissing hands and shaking babies. Almost all the people I talked to cited one concern above all others: our county's drastic Adderall shortage.

Ok, I made that last part up. Although, from what I hear, it is true. Anyhow, what these political types were most concerned with was not Adderall but voter turnout; the temperature topped 70 degrees in early November, which was seen as a good omen by most. So did the unseasonably pleasant temperature boost turnout?

Not exactly. In essence, turnout was about average for an election of this type, which is a sad commentary on the state of affairs in our fair burg. This year, around 25 percent of registered voters actually found time to put down the Fanta and reconstituted fried corn long enough to mash their greasy swollen digits onto a Diebold touch screen. However, during the 2007 Municipal Election, turnout was 22 percent, which makes sense; I assume Fanta and reconstituted fried corn were both cheaper and more widely available pre-recession, making them far more difficult to part with in the name of the illusion of participatory democracy.

Much like the frat boys in "Animal House" loudly exclaiming "Thank you, sir; may I have another!" after being ass-paddled repeatedly, voters in Erie County didn't ask for change, instead opting for further ass-paddling at the hands of those who have paddled their asses repeatedly for the last four years. And when you consider that some officials (I'm looking in your direction here, Mr. Undecided) coasted back into office resting on a record of bumbling inefficacy and grandfatherly intellectual vacancy, I sure wish that Adderall truck would get here. People need to start paying attention.