Last year, I wrote about the city?s selection of Kansas (the band, not the state) as the headliner, and in the process, I believe I coined a new term for this genre of music: Crap Rock.

by Cory Vaillancourt
View ProfileFacebookTwitterGoogle+RSS Feed
June 27, 2012 at 4:00 AM 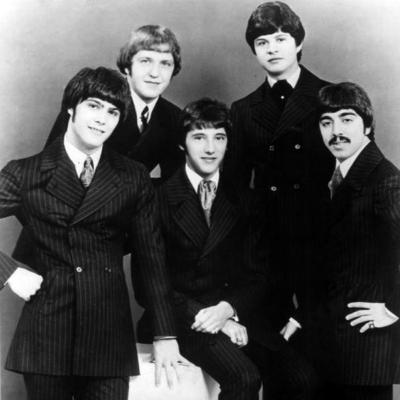 Last week, the City of Erie finally got around to announcing this year's lineup for Celebrate Erie, or, as my good friend Michael "Face Cookies" Bennett still likes to call it, "Celibate Erie." And he's still right, the bastard.

Last year, I wrote about the city's selection of Kansas (the band, not the state) as the headliner, and in the process, I believe I coined a new term for this genre of music: Crap Rock.

A lot of people agreed with my disdain for the Crap Rockification of Celibate Erie; our good friend Matt Lebowitz over at U Frame It– who is currently in the midst of celebrating a birthday so big, it can't be confined to just one day – elaborated on the term, noting that "Crap" actually stands for "Classic Rockers After Peak." Well done, Matt. Well done indeed.

Unfortunately, for every person who shared my bitter disappointment over being subjected to Kansas, there were several people who got really, really upset with me and remain so to this day. There's a few of those really, really upset people in particular I'd like to address, right here, right now, but I don't want to call them out publicly, so let's just say they work at World of ________. Wait, that's too obvious. Let's just say, _______ of Music. Wait, that's also too obvious; let's just say, in Pig Latin, that some of them work at Orldway of Usicmay. Anyhow, here's what I want to say:

You guys, I realized something last year. I realized something, and I learned from it, and I'm not going to make the same mistake I made last year, this year. I realized that no matter how much crappy Kansas (the band, not the state) is, yes, no matter how awful their Crap Rockery may be, they mean a lot to some people – for whatever reason. Maybe Kansas was on the radio when they copped their first awkward sweaty handful of some obese, badly inked Erie trollop's [censored by the Michigan State legislature] in the back seat of their daddy's '81 Oldsmobile Toronado. Maybe Kansas was on the radio in the waiting room of the free clinic that day they mustered up the courage to find out what that newfound burning sensation was all about. Maybe Kansas is the soundtrack to their trite, banal, clichéd "coming of age in the 1970s" film montage that plays endlessly in their mind. I don't know.

So, you guys, I'm sorry for making fun of Kansas last year, and I promise not to make fun of this year's lineup of Celebate Erie performers. Plus, such a crappy band of Crap Rockers such as Kansas was an easy target; it's a little more difficult to ridicule this year's lineup, which, again, I have promised not to ridicule.

Take the Buckinghams, one of this year's headliners, for example; I, too, am from Chicago, so I don't have a bad word to say about these hometown guys and their 45-plus years of playing the same three songs at county fairs and trunk openings across the greater Midwest. And, they're named after the famous Buckingham Fountain in Chicago's Grant Park, which you may recognize from the opening of the old Fox sitcom, "Married with Children," so, yeah, Al Bundy.

And, once again, there's a "Country Music" act this year, but, seeing as how it's not Kris Kristofferson, Willie Nelson, or David Allen Coe, it's not worth mentioning, nor is it actually "Country Music." Anyone using that term may be subject to face-punchery by the zombie corpse of Johnny Cash, who can still, even in his semi-decompositional state, kick your ass and make sweet, sweet love to your wife at the same time.

So I guess I'll go check these bands out. After all, I did go last year, and I did (try to) watch Kansas, but apparently God hates them too, as He valiantly attempted to smite them and their stage from the face of the Earth by conjuring up a savage windstorm just as the opening strains of that infamous C chord began to drift along squally State Street. And, it is once again open container season in Erie; if we want this open container movement to get off the ground, we are obligated to go downtown and support our local economy by buying lots and lots of tasty delicious locally made beer and drinking it, vigorously, outside. But remember, we have to be on our best behavior, so no littering, and no fighting. Be respectful of this precious privilege; we don't want to give the evil liberal/neo-con media a chance to paint us as Dionysian ne'er-do-wells.

Al Bundy, Ziggy Stardust, Zombie Cash, and open container aside, congratulations to the City of Erie on continuing the proud tradition of fail that is Celibate Erie. Yes, this is the serious part of the column, ladies and gentlemen, so dim the house lights, light a votive, and cue the world's saddest, tiniest violin:

Erie, you're not so good at music. You're doing it wrong. It's not, as they say, your bag. And that's okay; everyone can't be good at everything, and even if music isn't your bag, that's okay because we both know you have your thing, your bag, like the…ummm…the…ummm…well, I know there's probably something.

I mean, seriously, Erie, you bitch and moan about brain drain, then give the kids another concert filled with performers who were popular a quarter-century before they were even born. You pay lip service to supporting your arts community, then turn around and hire out-of-town acts who don't pay rent in Erie, don't buy groceries in Erie, and don't have any sort of stake in this community whatsoever. You wish and hope and pray for tourism to supplant the once vibrant manufacturing sector of our city's economy, then you completely ignore the opportunity to procure a relevant, popular headliner with regional or national appeal, thus shunning tourism dollars in the process. Next year, do us all a favor, Erie; if you can't book a mind-blowing, coffer-filling headliner, then let me run the festival – I'll hire every local band in this town at treble their normal rate and let them play instead.