Facebook can't feed you bacon, beer, cigarettes, and sex. Yet. Cory has some suggestions for Mark Zuckerburg. 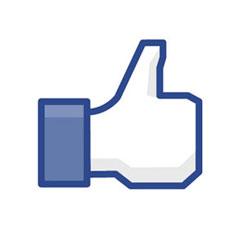 Let's face it ? the Facebook is our new cloudy robotic master. There's no use in denying its power over us, try as you might. Everyone has it and everyone uses it; it has become so ubiquitous that you can?t even claim hipster cred for not having an account, like you can, say, for not having a TV - tell someone you do not have a profile on the Facebook, and they're more likely to look at you like you've got another face growing out of your face than to think that you are somehow this earthy, detached loner, disconnected and mysterious, disinterested in the hustle-bustle of our modern-day electrono-sphere.

Due to the Facebook's everyone-everywhere-all-the-time nature, it is rapidly replacing the need for real-world physical and social interaction amongst humans, which is just fine with me. Hell, if the Facebook could just figure out a way to feed me bacon, beer, cigarettes, and sex, I would never leave the house - I'd just update my profile in an appropriate manner, as chronicling every small, idiotic detail of our lives is obviously now far more important than actually living our lives: if it wasn?t announced on the Facebook, it wasn't an event; if you didn't check in, you weren't there; if pictures were not posted, it never happened; if you didn't post your random musings about it, you never truly thought it; and, if we?re not friends on the Facebook, we'll never truly be friends in real life - for the Facebook is the real life now.

Again, all of this is fine with me. The way I see it, the only thing standing between this big blue bastard and total global domination of human interaction is the grossly inadequate amount of buttons provided for the expression of the entire spectrum of human emotion. Sadly, ?like? and ?poke? often fall short of the exact feelings I wish to convey regarding posts, check-ins, and relationship status changes of our friends, leaving me little else to do but ?like? something, when the real thoughts and feelings regarding posts, check-ins, and relationship status changes remain trapped in my head. Clearly, Facebook wants everything in our heads on its pages, so I came up with a few more buttons that would help facilitate just such an emotional excretion. I?ve also included some detail on suggested usage, demonstrating several upgrades for both the ?like? and ?poke? buttons.

The ?like? button is appropriate for many things but can be shockingly awkward when misused. For example:

Friendly Frienderson: OMG!! A steamroller just drove over my cat! I am unhappy!

Well, what else am I supposed to do? I feel your pain. I love cats. All cats. I want to hug them all, but I can?t. And not acknowledging your moment of despair would be cruel, so I am forced to ?like? your post in hopes you realize that I do not, in fact, ?like? the idea of your cat doing its best McDonalds ketchup packet imitation, but rather that my thoughts are with you at this difficult time. Awkward, right?

1. A ?dislike? button would be handy in cases like the one above. It could also be used to express disappointment in someone?s life choices, musical tastes, or relationship status changes:

2. We?ve all seen some strange posts that don?t really elicit an emotional response either way, and although I feel weird about expressing ambivalence by pushing a button, I also feel cars need an ?I?m not turning? signal just to let everyone else know that they haven?t forgotten to inform us of their directional intentions. So just go with me on this:

Cory Vaillancourt is ambivalent about this.

Baby Mommadromma: Babydaddy ain?t a real man! He don?t even buy diapers!
Happy Christianson: An invisible all powerful man in the sky guides my actions, needs my money!
Emo Gothington: The whole world is awash in a sea of blackness and apathy. I am always sad.
Tu Muchinfo: I have a rash on my ass. Anyone know a doctor? Not a vet, a real 1 this time!!!

Cory Vaillancourt wishes you would keep this kind of thing to yourself.

4. At times, people?s status updates suggest they are concentrating more on their virtual lives instead of their real lives. It kind of reminds me of the time I called in sick to work so I could stay home and play The Sims all day long because my character wasn?t advancing professionally the way I wanted him to advance.

Cory Vaillancourt wants you to pull your face away from the glowing rectangles and concentrate on the here and now.

I believe that the ?poke? button is a means by which those who think typing ?Hi Bob!? requires too much effort could attract the attention of a friend. I don?t do much poking (insert crude sexual joke here); I also don?t feel comfortable poking my male friends. Or my ex-girlfriend?s mom.

1. Honestly, a ?poke? is often a flirt. Therefore, if you?re poking me 10 times a day hoping to get me to pay attention to the cool cat pictures on your profile, stop it. You?re leading me on. I?m certainly not poking you because I like the 10,000 duckface-at-an-angle pics you seem to post every time you go out for Cosmo-tini night with the gals.

Cory Vaillancourt is flirting with you.

2. Repeated and unrequited poking is, in my book, stalking. So is commenting on every single post someone makes. If this is you, at least have the decency to let them know you?re potential stalker material; I, for one, would be grateful for the notification ? then I can be sure to remain heavily armed and keep my pet rabbit away from you.

Cory Vaillancourt is stalking you.

3. The only thing worse than too much attention is too little. Discovering that someone you barely know, or like, is familiar with every status update, check-in, relationship status change, and photo you post without ever commenting on them can be unnerving, at best - akin to a peeping Tom. Again, a little notification would be nice.

4. Sometimes, people deserve a good spanking. That?s right, a good ol? fashioned pull your britches down right here in front of God and errbody spanking. When you get the hankering for a spankering, let your friends know.

I hope you all agree that these buttons I?ve suggested would provide Facebook users with a richer, fuller online experience as well as further eliminate the need for us to ever interact in meatworld. I think they?re brilliant ideas; if you have any, send them to me and I?ll forward them on to Mark Zuckerburg. I?ve already sent mine to him, but he hasn?t responded. So I?ve been poking him every three minutes for the last nine days.

A Shot in the Dark

Geeked Out: The Apple Watch

by John Lindvay4/15/2015, 7:00 AM
Highly dependent upon an iPhone, Apple's wearable device leaves a lot to be desired.

by Jim Wertz3/9/2015, 10:07 AM
Google and Facebook are venturing into virtual reality for a sci-fi showdown. Will it pay off?