Vampire Weekend // Father of the Bride

At 17 tracks, this album is packed with complex musical passages and production techniques 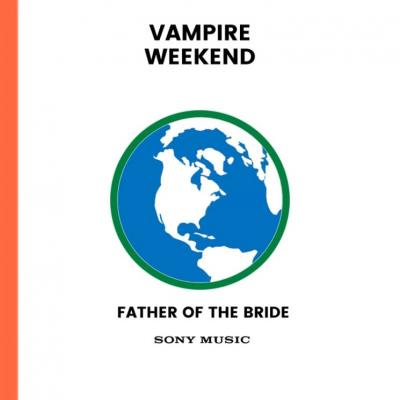 This is one of the most listenable albums the year. There's just something so airily pleasant, though almost forgettable about what Vampire Weekend do, and Father of the Bride brightly exemplifies this. While fans of the band might have fallen off in the last six years since their previous album, there are plenty of those still in love with the band since their stunning 2008 debut. That eponymous album made by Columbia University graduates struck a nerve, Ezra Koenig's softly charming vocals combining with disparate influences, often — for better or worse — drawing comparisons to Paul Simon's Graceland. At 17 tracks, this album is packed with complex musical passages and production techniques, having already drawn comparisons to Phish and Kanye West, among others. On paper, lyrics like those of "This Life" might even sound a little dark ("Baby, I know death probably hasn't happened yet"), but the bouncing, snappy musical backing doesn't seem to echo those statements at all. Notably, the album showcases guest vocalists Danielle Haim (of the band Haim) and Steve Lacy (of The Internet) for three and two tracks, respectively. Haim's have a country tinge, while Lacy's both boast jaunty, syncopated backdrops.