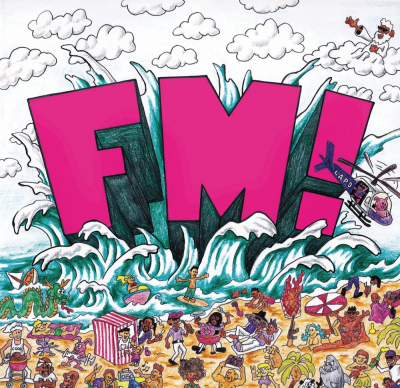 Just a year and some change after the release of his game-changing sophomore LP, Big Fish Theory, Vince Staples returns with a self-described "mixtape" that sounds eclectic on paper and refined on wax (or digital audio file). FM! pays tribute to hip-hop radio, highlighting the rapper's noteworthy ability to leap from style to style, separated only by short skits of radio banter and teasers for peers Earl Sweatshirt and Tyga (the album's cover also bears homage to Green Day's 1994 album Dookie). At a sparse 21 minutes, FM! is a small-screen release compared to the blockbuster that was Big Fish Theory. But even with its scope scaled back, the tape demands attention and repeated listens. Some of the beats here and their subsequent production ("Feels Like Summer," "Don't Get Chipped") must be heard through a decent pair headphones to be believed. The disc's surprise guest appearances blend into their respective compositions effortlessly (outside of the aforementioned teasers), but the North Long Beach rapper remains the star here, continuing to both celebrate and mourn the respective highs and lows of life on the West Coast with his innovative flows. — Aaron Mook