by Nick Warren
View ProfileTwitterInstagramRSS Feed
November 7, 2018 at 10:45 AM 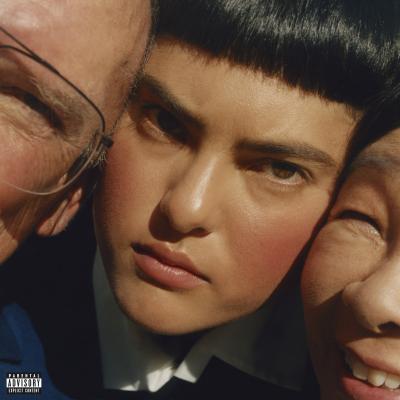 Sometimes it's just so exciting when a debut hits, showing an artist so perfectly presented and self-realized. Premonitions is one of those albums. It's also one that builds so beautifully from an emotive bedroom-album whisper to a fully-formed pop celebration. Miya Folick is able to bridge two important stations, the former can be personified by the trio that make up the just-reviewed group boygenius, and latter channeling the pop personification of acts like Grimes ("Stock Image"), Chvrches ("Cost Your Love"), or Florence and the Machine ("Deadbody"). It's that ideal marriage of ideals. Like a tentpole movie for music fans, it hits the mark on originality, creativity, empathy, and craft. Folick, a Southern California native, released two EPs leading up to this full-length, both of which are remarkable as well, with the indie-folk of 2015's Strange Darling, and the post-punk aggression of Give It To Me. At her poppiest ever, this album's only arguable fault is that it tends to dip its toe — or foot — into the genre's more cheesy elements, most notably showcased in the Lily Allen-esque "Stop Talking." Even so, it's one of the best albums you'll hear in 2018. — Nick Warren