There's a delicate balance of humanity and technology, between lush brilliance and sterile, futuristic tones. 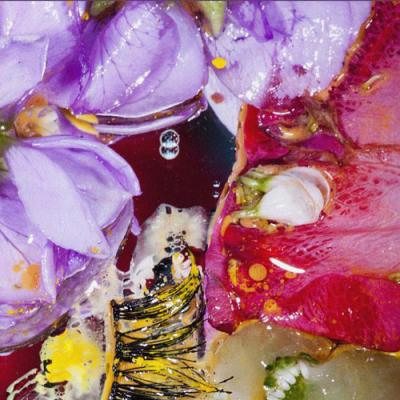 A meditative modern dancepop record, Forward Constant Motion presents an inviting paradox. The synthesized, almost liturgical belltones merge with programmed midtempo grooves. Alice Merida Richards' vocals are soothing and measured, her phrasing doled out by bandmate Samuel Pillay's sequencing and sound sampling. There's a delicate balance of humanity and technology, between lush brilliance and sterile, futuristic tones. Richards' voice manages to be simultaneously lifeless and passionate, her alto whispering syncopated staccato hooks. The duo hails from South London, and began as a quartet, moving to a trio for their 2015 album Measures of Joy. Prominent jazz-influenced drums are traded in for beats, with the psychedelic shoegaze sound shifting to what we hear now. Somber tracks like "Sonia & Claudette" are best as an immersive listening experience, with disparate frequencies and well-produced rumbles. There's the almost electroclash pop of "Local Loop" and "Miserable World" to balance out the more esoteric compositions. It's an evocative, compelling sound which younger generations are sure to appreciate.