Zombies, Wall Street, Jersey Shore, and Maury all boil down to a deficit of Moral Courage. 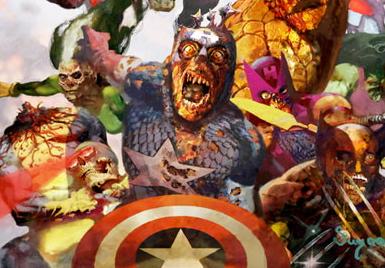 The landscape of our cultural environment is littered with evidence of an inherent crisis of moral courage.

Clues are everywhere; Down the street, up the aisle, on the airwaves, through the net, and most disturbingly, in our minds and hearts.

American social cohesiveness and sense of community, a dynamic that was once the backbone of the great network of family units that formed our nation, has slowly dissolved, along with many of the communities themselves.

Greed has assumed an autonomous sentience in the upper strata of government and corporate powerhouses that make the rules.

Then there are the reality shows. Rich buffons get in fistfights, make horrible relationship decisions, have random and gratuitous sex, only to be recieved as royalty by thier millions of adoring subjects.

Old-school TV shows like Leave It To Beaver and Lassie played examples. They showed folks how it should be done. Jersey Shore shows us the exact opposite. It's a how-to on the implicit destruction of society values.

And people are cool with that.

The collective moral compass has gone crazy and switched poles. North is South. Up is down. And not many see a problem.

Here, it seems the zombie craze has arrived at an opportune time. If society's inherent fears are expressed through the horror media, then the whole zombie thing isn't really a fear of anything make-believe. It's a fear of what's happening all around them.

Some analyses have posited that the roots of the zombie craze come from a fear that the average Joe can't be trusted to stand up for what's right when the chips are down. An excerpt from the "Zombie Apocalypse" page in Wikipedia touches on that:

There are several common themes and tropes that create a zombie apocalypse:

Most of the society unites in mindless bloodlust, while a select few fight for thier lives against the lumbering, flesh-eating horde. The government is zombies. The grocery store attendants are zombies. Grandma is a zombie. You get it. No moral courage equals hordes of jackasses who want to eat your brain.

We've known this for a while though. The Milgram Experiment showed us all just how impressionable the bulk of us are. Over 60 percent of participants agreed to deliberately hurt thier fellow man again and again, on the command of a person they believed to be an authority figure.

The Asch Experiment proved that most folks will even betray what thier eyes clearly see, in order to fit in. In the Asch experiment, 75 percent of people pretended at least once, to see something that physically was not there, because a few strangers said it was.

If these examples are any indication, mental and moral faculties can be overridden by not much more than mere suggestions. Reality, morality, and compassion, are just obstacles to fitting in and feeding the ego.

Do we really expect any of those people on that show, The Walking Dead, to survive?

Gee, that's silly. In that case, we'd have to believe that someone, somewhere, had the courage to do the right thing. And we all know that's basically just make-believe.