Watch The Empire Strikes Back Remade By Internet Fans 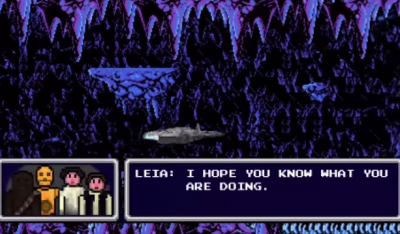 Ever since the release of the original Star Wars back in 1977, the franchise based in a galaxy far, far away has maintained a loyal fanbase in a galaxy near, very near (read: ours). Still, there has been an uneasy alliance between Star Wars director and creator George Lucas and a fairly large number of people who love the series, as Lucas continues to alter his most famous creations without much regard for his viewers' wishes, much to the chagrin of people who know that Han shot first.

"It's like this is the movie I wanted it to be, and I'm sorry if you saw half a completed film and fell in love with it," Lucas had said to the Associated Press during the 2004 Star Wars DVD release. "But I want it to be the way I want it to be."

Some fans may not necessarily agree with Lucas' wishes, but it's hard for some kid pretending to use a lightsaber in his garage to compete with an all-powerful directorial warlord, or whatever Lucas credits himself now. Still, there is a tool that can combat Lucas' force: the Internet.

Enter The Empire Strikes Back Uncut, a full, two-hour long shot-for-shot remake of the 1980 sci-fi wonder, all pieced together by 15-second scenes created by fans. If that concept sounds familiar, it's likely due to Star Wars Uncut, which was created back in 2012 and focused on the the original Star Wars and remade it in goofily odd, yet loing fashion. The Empire Strikes Back Uncut treats the second film (or fifth episode, your pick) in the same fashion, with styles varying from animated sequences, puppetry, and even bits of food on sticks (Ham Solo, anyone?).

The whole thing is pretty impressive and just a bit sad, but it's still better than Lucas adding some more dewbacks to every third scene. Check out the fan-made remake on YouTube or right below this convenient closing sentence.