The real tragedy here is that the low points overshadow the highs so much.

by Nick Warren
View ProfileTwitterInstagramRSS Feed
April 13, 2016 at 10:00 AM 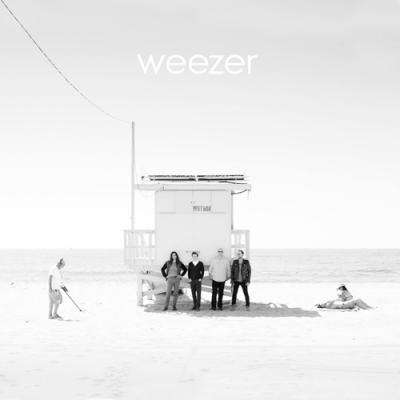 When people say they like Weezer, they're generally talking exclusively about the band's first two records. It can't be overstated how formative their self-titled "Blue Album" was. To a narrower audience, their follow-up Pinkerton left the same (if not a deeper) impression. Having said that, the next eight of their studio albums are largely forgettable. This one is, too. Rivers Cuomo is still a gifted songwriter. His audio idiosyncrasies shine through in regrettably titled songs like "Do You Wanna Get High?" The reason that song resonates might be that it's essentially "No Other One." The majority of this album is as satisfying as their last release, Everything Will Be Alright In The End. If you were a fan of that one, you'll like the "White Album" (as it's commonly called). The real tragedy here is that the low points overshadow the highs so much. They're all that you end up walking away with. "Thank God for Girls" is garbage. Any semblance of satire is lost in the rap rock mess. When Weezer starts to sound more like Crazy Town's "Butterfly" than Pinkerton's, you know something is wrong. – Nick Warren