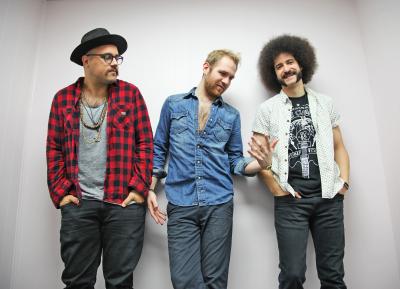 With an influx of new restaurants, improvement on roadways, the opening of the National Comedy Center and now the debut of Whirlybird Music & Arts Festival, Jamestown, New York is the place to be this summer.

Whirlybird is a one-day festival hosted in the historic streets of downtown Jamestown that overlook the rolling hills of the Southern Tier. The event, which will take place from early Aug. 11 until the early hours of Aug. 12, is a celebration of creativity, art and music created by both regional and national acts.

Whirlybird is split into two halves, Sun and Moon. The Sun half is open to all ages and will run from 10 a.m. to 7 p.m. and tickets are $15. Whirlybird Moon takes on a different, more mature feel, beginning at 7 p.m. and running until 2 a.m. with 21+ events. Tickets are also $15.

Musical headliners for the event are Wild Adriatic, The Tins, Lightwork and more. A complete lineup can be found on the event's Facebook page.

These acts and more will grace two outdoor stages, hosted by Jamestown Public Market. Alongside the music, a beer garden by the Reg Lenna theater will be at Whirlybird. Goodwill donations will be taken at the gate and all 2018 profits will be donated to local youth programs.

Complementing these will be pop-up galleries, a comedy showcase, poetry, local food, live art exhibits, games and more, boasts the event's Facebook page. Those who are interested in live painting or displaying their work at the event should send samples or their art of miki@whirlybirdmusicfestival.com or direct message on Facebook. — Hannah McDonald