Will Butler steps away from the shadow of Arcade Fire and into his own spotlight on Policy.

by Alex Bieler
View ProfileFacebookTwitterInstagramGoogle+RSS Feed
March 18, 2015 at 7:45 AM 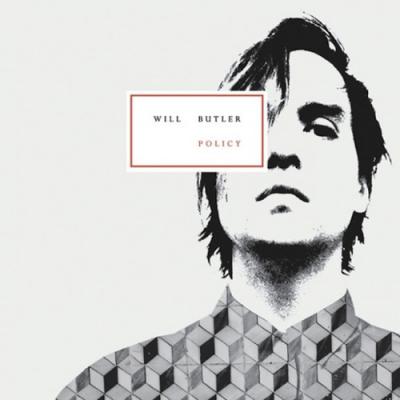 Up to this point, Will Butler is mostly known as a member of Arcade Fire and brother of the band's frontman Win Butler or as the co-composer for the Academy Award-nominated score for Her. While that may not change after the release of his debut solo album, it certainly offers an intriguing look into the music mind of the multi-instrumentalist. Policy doesn't really follow along with the sweeping Arcade Fire fare or the gorgeous score of Her, as Butler focuses instead on punchy, energetic numbers. "Son of God" and "What I Want" are particularly fun tracks, a pair of toe-tappers that highlight the album. Butler tries a few different formulas on his debut, with ballads "Finish What I Started" and "Sing to Me" showing off Policy's pretty side, while "Anna" provides some simple dance grooves. It's all pretty enjoyable, although at eight songs and 27 minutes, *Policy ends up feeling rather slight after the final track ends. – Alex Bieler