PA DEP has moved to shut down Erie Coke, bringing the fight for Erie's equitable future into focus 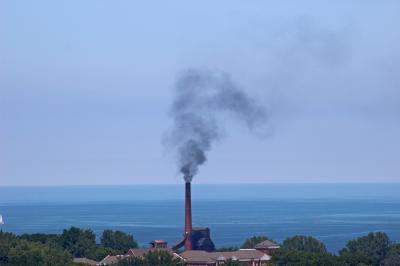 Nick Warren
As of June 14, the Pennsylvania Department of Environmental Protection (DEP) had sent four formal Notice of Violation (NOV) letters to Erie Coke addressing emissions and other issues that stretch back through October of last year, according to Group Against Smog and Pollution (GASP). On July 1, the PA DEP announced it was denying Erie Coke's operating permit and filing a court injunction to close the plant.

The writer Terry Tempest Williams became the matriarch of her family at age 34. Her mother, grandmothers, and aunts had died from breast cancer.

"Most statistics tell us breast cancer is genetic, hereditary, with rising percentages attached to fatty diets, childlessness, or becoming pregnant after thirty," Williams writes in her landmark book, Refuge. "What they don't say is living in Utah may be the greatest hazard of all."

Williams and her family had the misfortune of being "downwinders" whose environment was ineluctably altered by nuclear testing in the Nevada desert. The Atomic Energy Commission had "described the country north of the Nevada test site as 'virtually uninhabited desert terrain,'" she writes, making her family and the birds of the Great Salt Lake "some of the 'virtual uninhabitants.'"

She cannot prove that her mother, grandmothers, and aunts developed cancer from nuclear fallout, she notes. "But I can't prove that they didn't."

By referencing Williams in a piece about Erie Coke Corporation, here is what I'm not saying: that pollution from Erie Coke is akin to fallout from nuclear testing, or that downwinders from the plant are bound to develop cancer. It's important to note that although possible connections have arisen anecdotally, sufficient contemporary health data has not been collected to assess health problems and potential specific environmental causes.

What I am suggesting is that when corporate or political interests are involved, a sort of "desert-ing" of surrounding areas can follow. Desert regions are often treated as though "there's nothing there." So are neighborhoods primarily populated by people of color or in poverty, where "historically, minority and low-income Pennsylvanians have been forced to bear a disproportionate share of adverse environmental impacts," according to the PA Department of Environmental Protection (DEP).

In Pennsylvania, these areas are now being identified by the Office of Environmental Justice (OEJ).

Because "Environmental Justice (EJ) communities typically have the least access to the political processes that can affect them the most," explains DEP, the EJ Enhanced Public Participation Policy was developed "to ensure that EJ communities have the opportunity to participate and be involved in a meaningful manner throughout the permitting process."

Erie Coke's federal Title V operating permit is currently expired, but the company has been able to continue since it met the deadline to apply for a new one in August 2017. As the citizen group Hold Erie Coke Accountable (HECA) explains on its website, "A Title V is like a snapshot that includes all emissions limits and standards to which the source is subject, as well as all operating, monitoring, and reporting requirements that apply at the time of the permit's issuance. By including all the requirements in one document, Title V Operating Permits help source operators comply with such requirements."

On July 1, DEP announced that it had "denied Erie Coke's application to renew its Title V operating permit and has filed a complaint for injunctive relief in Erie County Court seeking to shut down the coke production facility following years of numerous repetitive environmental violations," according to DEP's press release (See page 7 for more details).

"On May 6, DEP placed Erie Coke on the air quality compliance docket for nearly 80 unresolved air quality violations over the past two years," DEP's statement said.

And environmental justice areas, defined by our DEP as "any census tract where 20 percent or more individuals live in poverty, and/or 30 percent or more of the population is minority," bear the brunt of pollution when violations occur. Much of central Erie, including the area surrounding Erie Coke, has been identified as an environmental justice area, according to a DEP map.

But this is hardly exclusive to Pennsylvania. In March, the Associated Press reported the results of a study published in the Proceedings of the National Academy of Sciences, which found that "African-Americans and Hispanics breathe in far more deadly air pollution than they are responsible for making."

The AP story, picked up by the Erie Times-News, explained that "Hispanics on average breathe in 63 percent more of the pollution that leads to heart and breathing deaths than they make. For African-Americans the figure is 56 percent, according to [the] study … On the other hand, non-Hispanic whites on average are exposed to 17 percent less air pollution than they make."

In February of 2018, Vann Newkirk wrote in The Atlantic, "researchers embedded in the EPA's National Center for Environmental Assessment released a study indicating that people of color are much more likely to live near polluters and breathe polluted air. Specifically, the study finds that people in poverty are exposed to more fine particulate matter than people living above poverty."

"Particulate matter was named a known definite carcinogen by the International Agency for Research on Cancer, and it's been named by the EPA as a contributor to several lung conditions, heart attacks, and possible premature deaths," adds Newkirk. "The pollutant has been implicated in both asthma prevalence and severity, low birth weights, and high blood pressure."

I often refer to "our DEP" rather than "the DEP" — a switch I learned from leaders at HECA. It's a reminder that these offices — whether state or federal — are in place to serve us. We own them, and it's up to us to support their work and ensure that their eyes remain on our community.

And it's likewise up to us to keep pressure on business and political leaders, many of whom are choosing to remain silent despite knowing that Erie Coke has been unlawfully polluting our city for years, and potentially putting at risk themselves, their own neighbors, or their constituency.

Meanwhile, after Erie Coke "agreed in late May to pay the city of Erie a civil penalty of $118,598 under an administrative consent order" for repeated wastewater discharge violations, ETN's editorial board wrote that the company's "track record demonstrates why that [Title V operating permit] application merits the strictest possible scrutiny." 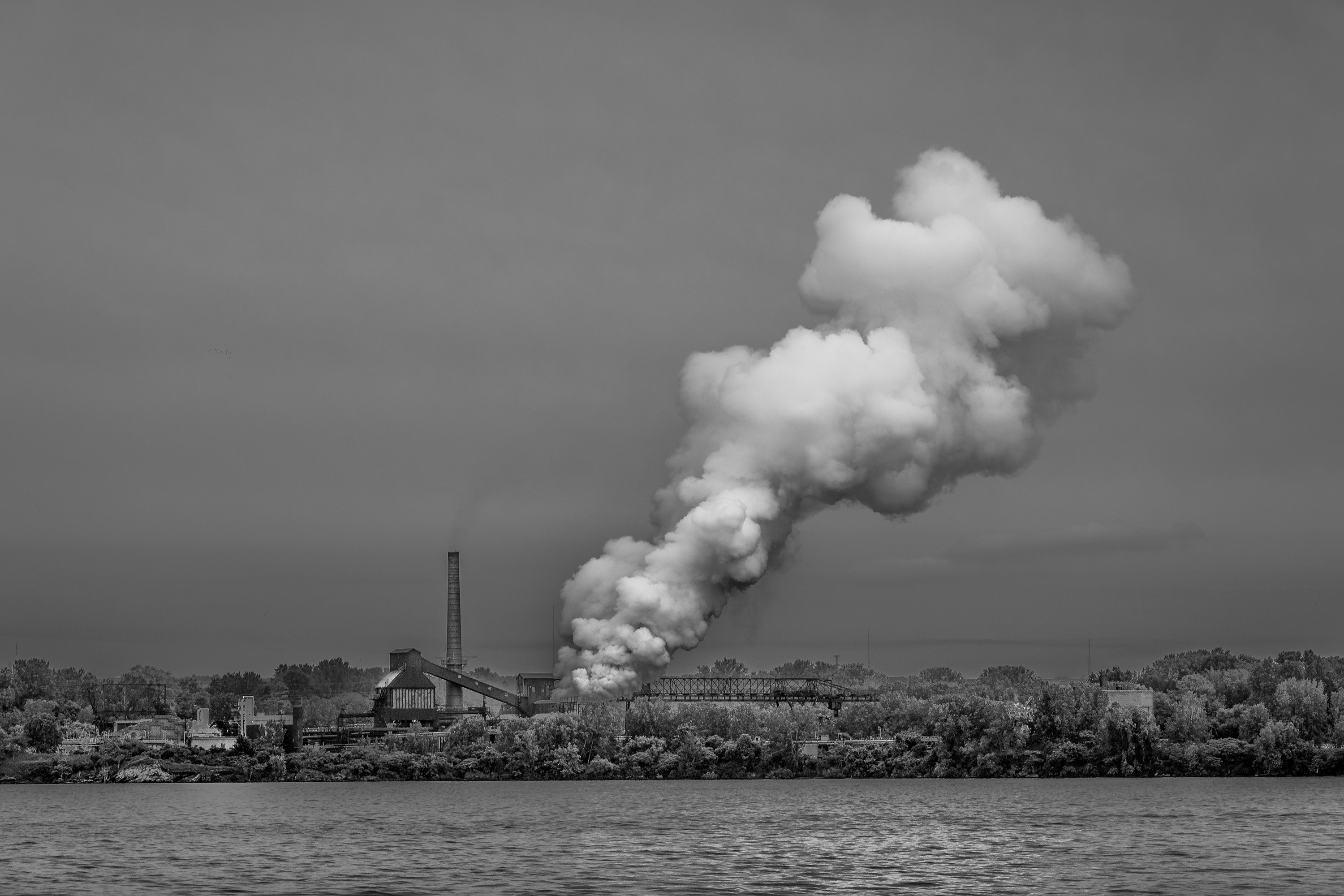 This scrutiny must come from all of us — not just those who live next to polluters. Vulnerable communities may convey a desert-like silence. But that frequently reflects a constellation of circumstances that have led those in poverty to believe their voices won't be heard, and a lifetime of evidence to justify that perspective.

I recently had the opportunity to spend time with the great Erie Benedictine Joan Chittister. Later, I came across her writing on her website, imploring us "to speak out for the innocent and oppressed. To speak on, however long it takes and whatever the pressures ranged against us."

I think back to Terry Tempest Williams. When she began to speak out about the connection between nuclear testing and cancer in her family and community, her mother told her to keep quiet. She grew up in a Mormon family, and "was taught as a young girl not to 'make waves' or 'rock the boat.'"

Regardless of our traditions, many of us absorbed these lessons, either from a sense of not wanting to bother anyone, or not wanting to look naïve by believing that things could change — or from an implicit understanding that we might jeopardize our ability to get ahead.

But as Sister Joan reminds us, "Our obligation is not to be like those who would secure themselves by making others insecure."

Our obligation is to speak out for those whose lives may not afford them the luxury of time to write letters to our elected officials, contact our DEP, or pressure business leaders. Our obligation is to help ensure that environmental justice means justice for all.

Our obligation is to Hold Erie Coke Accountable.