The spin is contemporary, but the story is timeless. 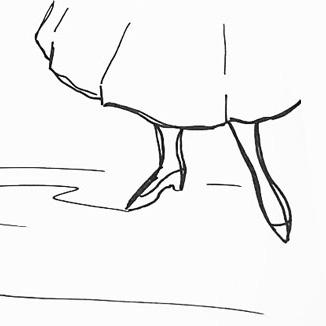 Little Women has to be one of the most widely known American books ever written. It's a story about growing up, and it's a story we grew up with. Writer Chiara Atik has taken Louisa May Alcott's work and put it in a new perspective: Girls. Anyone familiar with the HBO show will recognize the tone, full of idiosyncratic self-analysis, even in the 1860s. As part of its Radius CoWork Studio Series, Dramashop is presenting this hilarious, award-winning play.

Writer Chiara Atik has taken Louisa May Alcott's work and put it in a new perspective: Girls. Anyone familiar with the HBO show will recognize the tone, full of idiosyncratic self-analysis, even in the 1860s.

Directed by Jessica Flock, the show is fast-paced and insanely clever. "We spend so much time laughing hysterically," Flock admitted. Rehearsals are no doubt a pleasure with such a funny, intelligent cast. "Everyone is playing a character that fits their own sense of humor, which is lucky," Flock added. Lacey Johnson plays Jo, the independent, tomboy-ish writer who drives the narrative. Alaina Manchester is the eldest sister Meg, who, even as a teenager, feels her biological clock ticking. Jennifer Dennehy is Amy, the starry-eyed artist of the family. And Sonya Krokus is Beth, the gentle and sweet one, who dies. That's not a spoiler, in fact, it's the preferred hashtag: #bethdies.

The production also stars Sue Ellen Wojciechowski as Marmee, and Michael Leone as Laurie. Roman Denisyuk doubles as Mr. Brooke and Professor Bhaer, while Elizabeth Diehl triples as Mr. Lawrence, Clovis, and Carl. Half of the cast is new to Dramashop, which falls in line perfectly with the theatre company's invigorating ideas for community involvement.

The spin is contemporary, but the story is timeless. Flock described Atik's interpretation, illustrating that "the girls are young and dreaming about their futures. We see them having achieved their original dreams, although the end results still look differently from how they imagined life would be." – Nick Warren