Young the Giant // Home of the Strange 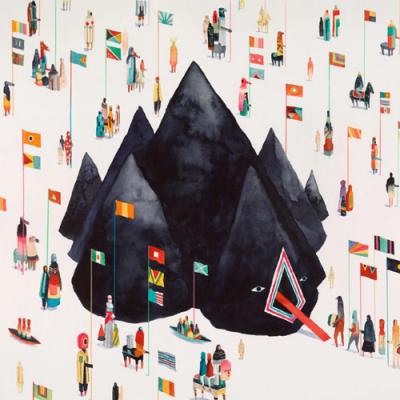 Home of the Strange

Young the Giant return with a banal yet listenable album. The Irvine, California rock quintet provide another collection of acceptable "alternative" rock. Sameer Gadhia and company offer up a helping of watered-down confections. The boys give us more easy-listening versions of TV on the Radio hits from 2008 (the sure to be kind of heard "Something to Believe In"). The Fueled by Ramen band brings us tastefully assembled songs. The Giants (as they may be known) record a new crop of cutting-edge mediocrity. 2014's Mind Over Matter masterminds are at it again with more follow-up tunes. These purveyors of sound faintly tinge their rock tunes with possible hints of blues. The band you recognize from that one Michelob Ultra commercial pour us another low calorie glass filler. The song you bobbed your head to at Subway is back for seconds. The band your friend insists is "actually pretty good" make due on their half-hearted promise. Guitarists Jacob Tilley and Eric Cannata lay down the riffs for some groove-heavy tunes like "Jungle Youth." But really, the band's fine, I guess. – Nick Warren