Alkaline Trio // Is This Thing Cursed

An addicting collection of 13 tracks

by Nick Warren
View ProfileTwitterInstagramRSS Feed
September 12, 2018 at 10:45 AM 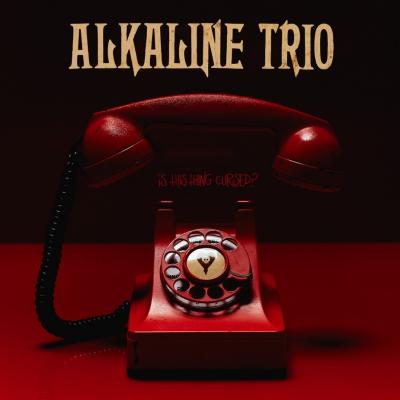 Is This Thing Cursed

Alkaline Trio are a strangely frustrating band. They've been so bad for so long that the bar is set lower than ticket sales for next year's Warped Tour. They did, however, make some of the greatest, most generation-defining music for millions of former emo kids. Goddamnit, Maybe I'll Catch Fire (not to mention the self-titled EP compilation from that time), From Here to Infirmary, and to a lesser extent, Good Mourning were consistently, albeit decreasingly fantastic albums. Then came the post-Crimson era, wherein Matt Skiba, Dan Andriano, and Derek Grant embraced the always-prevalent Hot Topic brand of goth-ness that the band had always toyed with. Fast-forward a decade-and-a-half and fans finally get a real return to form. It has the dark humor, self-deprecation, Infirmary-era production, and vocal trade-offs between Matt and Dan (indistinguishable to more casual fans) that made so much of their early catalog work. Has Skiba exorcised enough of his cheesy demons as a member of Blink-182? Is This Thing Cursed is an addicting (we're not looking at you This Addiction) collection of 13 tracks that might just ignite your aging indie soul. — Nick Warren

Idles // Joy as an Act of Resistance