Black Tusk rips it apart with Pillars of Ash. 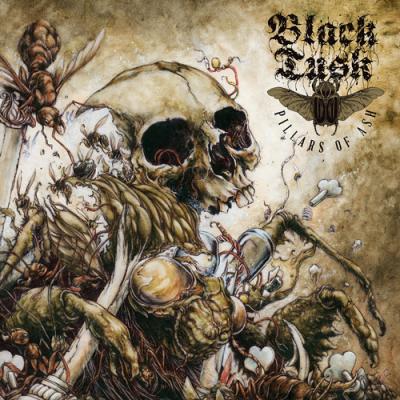 Black Tusk rips it apart with Pillars of Ash. That certain swampy, hot part of Georgia seems to be a fertile breeding ground for fantastic bands who create music that feels like this. Black Tusk is part of the holy triumvirate of Savannah's metal bands, along with Kylesa and Baroness. Sadly though, like Baroness, the band has been marred by tragedy. In november of 2014, bassist and vocalist Jonathan Athon passed away after a motorcycle accident. Damaged, yet resolute, the band persevered. With Athon's bass and vocal parts already recorded prior to his death, the band began building Pillars of Ash. The record doesn't let up, keeping its tempo fast and steady. The guitars grind along, an amalgam of punk chugs and doom riffs. Andrew Fidler's piercing shouts cut through the mix alongside Athon's gruff growls. Jamie May's drums are as intricate and pummeling as ever. The band blends the urgency and anger of early 2000s hardcore with the ethos and groove of stoner metal. The result is refreshing for fans of either, and the results are powerful and potent. – Nick Warren