Can't Protest? Here Are a Few Things You Can Do to Be a Better Ally 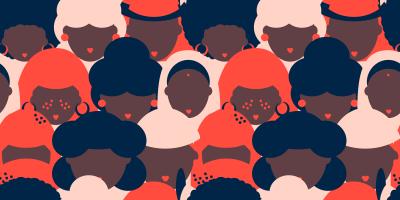 The death of George Floyd at the hands of Minneapolis police officers has sparked a revolution across the U.S. The past week has been met with protests across the nation, spreading from Minneapolis, to Washington D.C., and even to Erie. Arguments have ensued, riots have broken out, and people have turned out in numbers to get one message across: Black lives matter.

It can be hard to navigate through this. While protesting is a great way to enact change, it may not be the safest option for some people, especially given that we're still living through a pandemic. There are other ways to help, though, and show your support for the Black Lives Matter movement. Donating, educating, speaking up, and most of all listening are all ways to be a better ally, and lift up the voices of the oppressed.

Here are some resources:

Reclaim the Block: Started in 2018 in Minneapolis to organize Minneapolis community and city council members to move funding from the police department into other areas of the city's budget that promote community health and safety. You can donate here.

Black Visions Collective: Started in 2017 to create a safe political atmosphere for black people in Minnesota. Dedicated to centering the work they do in healing and transformative justice principles that help emerging black leadership in Minnesota lead powerful campaigns. Donate here.

A split donation between 40 community bail funds: This donation will go toward 40 bail funds across the U.S., including the Philadelphia Bail Fund, the Minnesota Freedom Fund, and the Bukit Bail Fund of Pittsburgh. Donations can be as small or as large as you like. Donate here.

The National Bail Fund Network is a compiled directory of over 60 community bail and bond funds across the U.S. It is regularly updated and includes bail funds for those arrested for protesting. Find bail funds to donate to here.

The Homeless Black Trans Women Fund: Dedicated to the community of Black, transgender women who live in Atlanta and are homeless. So far, the fund has given multiple women cell phones, housing, food, and necessities. Donate to this GoFundMe here.

Don't have the means to donate? Here are some things you can do.

How to be An Antiracist by Ibram X. Kendi

I Know Why the Caged Bird Sings by Maya Angelou

I'm Still Here: Black Dignity in a World Made for Whiteness by Austin Channing Brown

The Hate U Give by Angie Thomas

So You Want to Talk About Race by Ijeoma Oluo

The Bluest Eye by Toni Morrison

The Fire Next Time by James Baldwin

The New Jim Crow: Mass Incarceration in the Age of Colorblindness by Michelle Alexander

The Next American Revolution: Sustainable Activism for the Twenty-First Century by Grace Lee Boggs

The Warmth of Other Suns by Isabel Wilkerson

Their Eyes Were Watching God by Zora Neale Hurston

This Bridge Called My Back: Writings by Radical Women of Color by Cherrie Moraga

White Fragility: Why it's so Hard for White People to Talk About Racism by Robin Diangelo, Ph.D.

They Can't Kill Us Until They Kill Us by Hanif Abdurraqib

Watch these films and TV shows:

When They See Us directed by Ava Duvernay

If Beale Street Could Talk directed by Barry Jenkins

The Hate U Give directed by George Tillman Jr.

I Am Not Your Negro: James Baldwin Documentary

The Black Panthers: Vanguard of the Revolution

Black-owned businesses to support in Erie

All in One Barber and Beauty Salon

Dinner is Served by Lisa

Of course, this list is not exhaustive. There are hundreds of petitions to sign, places to donate, and materials to educate yourself with. Most of all, focus on being actively anti-racist. Simply not being racist isn't enough at this point. Everyone must assume the responsibility of listening, learning, taking action, supporting, and moving forward. It is clear that the general consensus in the U.S. is that we will not stand for racism any longer. Let's take the time to figure out how to make our society an actively anti-racist one, as well.