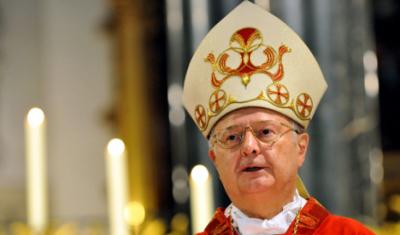 Some time ago, I wrote about Pennsylvania Representative Joe Pitts' opposition to the Obama administration mandate that insurers cover contraceptives. Where Joe Pitts goes -- a ringleader for the secretive group of conservative religious policymakers called "The Family" -- you can find the US Congress of Catholic Bishops.

Sure enough, when the new regulations were finalized by the Department of Health and Human Services requiring that organizations affiliated with religion -- unlike religious organizations, which are exempt from the requirement -- are also required to provide insurance that covers contraceptives, Catholic leaders erupted, some even going so far as to vow resistance to the law.

Some surprising voices joined in the fray on behalf of the bishopric, including liberal columnist, EJ Dionne, who wrote that Obama "utterly botched the admittedly difficult question of how contraceptive services should be treated under the new health-care law." Even Erie's former House representative, Kathy Dahlkemper, whose one term was dedicated to health care reform, apparently would have torpedoed the whole thing if she knew about the rule.

It's a weird issue to make a big deal over -- not for Obama -- but for the bishopric's apologists.

For starters, access to affordable contraception is critical to women's health. When and if to have children is one of the most fundamental acts of self-expression a woman has, one with enormous consequences to her income, career, relationships, and, of course, health. The rule affects only those organizations with employees and those insured who are not predominantly Catholic -- hospitals, universities, where students, patients, and employees may not share the religious values of their employers.

That is, this really isn't a debate over the extent religion is free to impose its values on society in general, if those values are harmful. There's no debate that Christian Scientists, say, have the right to deny any health care treatment for their employees, or even family members.

In short, you get the feeling here the issue for the bishopric apologists isn't contraceptives, "sin," or religious freedom, but a defense of the Catholic leadership, even as it's advocating policy that's injurious to human health and disrespectful of individual liberty. That is, it's the Catholic hierarchy that's at stake here, not souls.