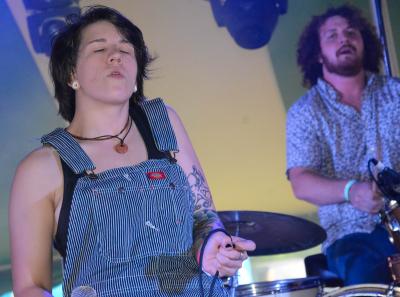 Out of the vast, overgrown thicket of bands that have that certain, particularly popular rootsy/earthy/backcountry-tinged sound, we've seen Chestnut Grove stand as tall as a tree — and stand out — amid a lot of sonic shrubbery.

The Pennsylvania-grown quintet has continued seeing its efforts bear fruit since it formed in Perkiomenville, Pa. in 2011, growing a dedicated fan-base and a songbook filled with truly heartfelt, groove-worthy original work. And when it comes to their abilities to groove within the canon of classic rock greats, well, they ain't slouches there, either.

Awesome, then, that Chestnut Grove's next trip into the Gem City — a return to the King's Rook Club on Saturday, Nov. 10 — will be a showcase of one set of their original tunes, followed by a full set in tribute to the almighty Led Zeppelin.

Anyone who's seen the Grove on any of their other stops through the area over the past few years should be able to attest to their goodness, and the Zeppelin set added in — along with just being sure-fire awesome — is some fine zest that should entice a lot of the "kids" who haven't tried them before to see what's on their plate.

We all know good music is great food, so we'd encourage you to head on into the Rook to get some dished right into your head. — Ryan Smith