Christine and the Queens // Chris 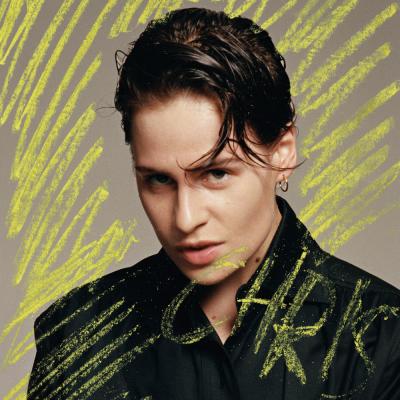 A gorgeously slick synth-pop record that delivers groundbreaking explorations of gender, Chris is the stunning sophomore release from Héloïse Letissier, better known by the deceptively pluralized project name Christine and the Queens. A follow up to 2014's Chaleur humaine (eponymously released stateside), the album's androgynous moniker refers to Letissier's preferred nomenclature, and identity when recording the album overall, one marked by a boldness and confidence that's as refreshing as it is enjoyable. So enjoyable are these tracks, in fact, that one almost doesn't notice the epic scope of the release, with its 23 tracks and 92 minutes. That's because it's two albums, once through in English, and once in French. It's a relatively seamless listening experience, and one that is easily appreciated in both languages. Perhaps it is cliché, but there's always been a mysterious sensuality with French lyricism, which adds beautifully to the suave aura of coolness that this album effortlessly exudes. The objective beauty  of each track virtually transcends language, while the content of the lyrics and attitude of Letissier's new vision elevates it to something that should rightfully be a defining moment in pop music. – Nick Warren

Fucked Up // Dose Your Dreams