Donna the Buffalo is Movin' and Groovin' to 8 Great Tuesdays

Have you seen Donna the Buffalo yet? How about the Tiger Maple String Band? 8 Great Tuesdays is a perfect time to see them both. 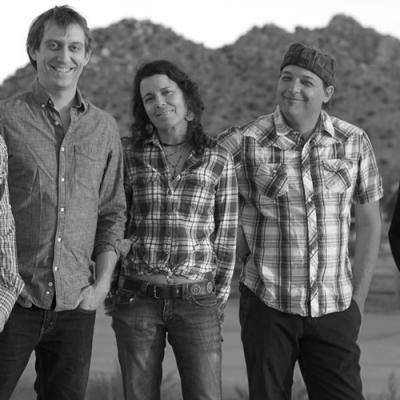 Over the years, lots of us have seen roots-jam mainstays Donna the Buffalo do their thing on stages large and small, from the Gem City to the wilds of West Virginia, and various points in between.

And no matter where you've heard 'em do what they do, chances are you remember them doing it well, with tons of high energy and the ability to get a crowd really movin' and groovin'.

It's a sure bet, then, that the Aug. 18 installment of 8 Great Tuesdays will be one to move to, and groove to, as Donna the Buffalo – along with opening act Tiger Maple String Band – perform at the amphitheater at Liberty Park.

The two bands have always played well together, and their spot on the 8 Great lineup could very well be one to remember for old and new fans alike.

And, just like all 8 Great Tuesdays, the show's free, too. – Ryan Smith