Let's talk about the upcoming basketball seasons at Strong Vincent, Gannon University, and what players are sticking out from each team. 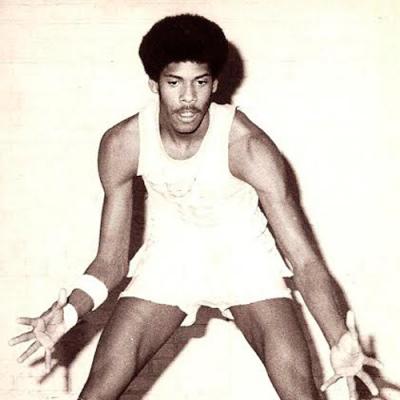 WITH FOOTBALL season just around the corner, I thought everyone would be talking about the upcoming grid season, but this is not the case, as a few interesting stories making the rounds concern basketball, especially Strong Vincent hoops.

Rumor number-one, which I consider top-shelf after investigating is in regards to SV garnering the services of a 6-9 senior transfer from Rochester, N.Y. After talking to several reliable sources, I couldn't confirm he's from Rochester, but the player in question has been working out with the Colonels this summer, and it appears he will be a great help.

To make it even more interesting is the fact that he is the son of former Academy High School great Walter Stone, a four-year starter for the Lions, who I believe is one of the most underrated players ever to come out of Erie. Stone, a 6-9 standout, was an outstanding inside player who also owned a very soft touch from the outside.

He went on to play in junior college and then started for the Sun Devils of Arizona State University.

While at ASU, the Erie native was a member of the 1980-81 squad that posted an overall record of 24-4 while showing a 16-2 card in the PAC10. The Sun Devils were awarded a second seed in the Midwest Region of the NCAA Tournament, State being eliminated by Kansas.

This unit is considered one of the best – if not the best – teams in school history.

The former Lions' great played with some of the best players in the country during his high school and college days. Following his Academy senior season, he was named to the Pennsylvania squad for the prestigious Dapper Dan Classic in Pittsburgh and some his teammates included Sam Bowie (Kentucky), Ricky Tunstall (Duquesne), Billy Varner (Notre Dame), and Larry "Bread" Anderson (UNLV).

Meanwhile, it was a Who's Who of College Basketball on the ASU roster, as he played with Byron Scott, Lafayette Lever, Alton Lister, Sam Williams, and Johnny Nash – all high school All-Americans and future NBA performers.

While things are looking up for SV coach Shannon Pullium's team, it was not quite as bright a couple of weeks ago, as there were strong rumors that junior-to-be superstar David Morris was considering a transfer to LeBron James' old high school, Akron's St. Vincent-St. Mary's. Morris and fellow junior Simeal Wofford are expected to be one of the best backcourt duos in the state, and Morris, who will probably be the top scorer in Erie County history before he's finished, caught the attention of the Akron school.

According to my sources, the SV standout was seriously considering making the move but decided to stay with the Colonels and "take care of some unfinished business" in Erie. That was a huge sigh of relief you heard from local hoops fans and an even bigger sigh from Coach Pullium.

Meanwhile, on the college scene Gannon University men's basketball faithful could have an interesting pre-season, as it appears the Golden Knights, according to some of their more knowledgeable followers, may be playing at Pitt and at George Washington before the regular season gets underway. GU coach John Reilly will be breaking in a lot of new faces, and he could learn a lot if they have to match up with the Panthers and the Colonials.

And there are even more stories floating around as rumors persist that Coach Reilly is still looking into the possibility of adding one or two Division-I transfers, paper work being done and the outcome to be known in the near future. GU has a lot of firepower to replace, so the Knights' boss has not left any stones unturned in a hectic recruiting season.

For the people that really like to look ahead, Gannon opens its season with a PSAC West contest Nov. 11 at Clarion University.

I WOULD BE remiss if I didn't mention high school football, the local schools officially underway with pre-season workouts in full gear and scrimmages set to begin Saturday, Aug. 22.

There are two of those scrimmages I am planning on making that opening Saturday, Hickory at McDowell (10 a.m.) and Cleveland Benedictine slated to test Cathedral Prep at Dollinger Field at 4 p.m. Both of the visiting teams have players drawing attention from some of the top schools in the country.

The player in question has been working out with the Colonels this summer, and it appears he definitely will be a great help.

Meanwhile, the Bengals from Cleveland will be bringing a squad looking to defend its state crown with players such as wide receiver Justin Layne (6-2, 180) and running back Dontez Rash (5-8, 175). Layne, rated nationally as a four-star recruit, picked the Spartans over such schools as Alabama, Notre Dame, Michigan, Ohio State, Florida, and Miami (FL). Rash has already committed to Ohio University.

This should get the fires burning for high school gridiron fans.

The Police and the Public

by Lisa Gensheimer3/29/2017, 3:15 PM
Bridging the divide and creating accountability