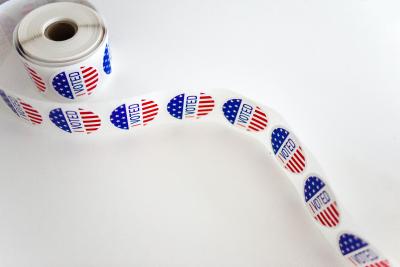 Defeating Trump in 2020 was the first step in defeating Trumpism, but there's a long way to go. That's because the takeover of the Republican Party by anti-democratic factions of right-wing extremists extends far beyond their influence within the Trump Administration and campaign infrastructure during the past decade.

The Guardian recently reported on leaked membership documents of a group that connects Republican strategists and elected officials with leaders of organizations, many of which are anti-government and anti-democratic, that have been categorized as hate groups. It's part of the mission of the Council for National Policy (CNP), which for more than 40 years has pushed a radical conservative agenda in an effort to reshape the fabric of American democracy.

CNP leaders are best known for their efforts to create the "Moral Majority," popularized in 1980s Republican rhetoric and policy, and for their connections to the secretive conservative Christian group, The Fellowship, which was featured in the 2019 Netflix documentary series The Family, which illuminated how this cult-like organization used religion as a means to influence and manipulate American policymakers.

Over its more than 40 year history, the CNP has migrated from an ideological mission to push its conservative agenda through the influence of public policymakers to a more insidious effort to undermine the democratic processes that have kept the clandestine organization from achieving its vision of a more perfect Union.

The CNP executive chairman told an audience in 2020 that the impending presidential election was "a spiritual battle" of "good versus evil."

To carry out it's plan, the CNP has enlisted and counts among its leadership the founders of anti-Muslim, anti-immigrant, and anti-LGBTQ+ hate groups, among others who sit side-by-side with better known conservative organizations like the Federalist Society and the American Conservative Union.

A spokesperson for the Global Project Against Hate and Extremism told The Guardian that the CNP "clearly remains a critical nexus for mainstreaming extremists from the far right into conservative circles."

While the CNP and its members include the most elite of the Republican establishment — including Reince Priebus, the former RNC Chair who served a short stint as Donald Trump's White House Chief of Staff — its evolution into a matchmaking organization for extremists has fed an ideological shift in the Republican Party that brought challenges to American democracy including the Jan. 6 insurrection at the United States Capitol and the persistent resistance to accept the outcome of the 2020 presidential election.

Most relevant to you, Reader readers, is that these ideological machinations are central to many local Republicans and you can see it playing out this year in the nomination of far-right anti-government extremists across Erie County for County Council, sheriff, and even the county executive.

An archive of Facebook posts by Republican Erie County Executive candidate Brenton Davis made over the past few years recently became the subject of the Facebook group "True Quotes of an Erie Working Man." It can be found at facebook.com/groups/erieworkingman. It's illuminating.

The posts contain the shallow musings of the real Brenton Davis rather than the thinly veiled moderation of the candidate, hand polished by formerly respectable local Republican standard bearers, that you've seen on the campaign trail over the past few months.

His posts reflect the same anti-immigrant, anti-government, conservative ideology being preached by the CNP.

In a post from 2015 chastising Pittsburgh Mayor Bill Peduto for welcoming Syrian refugees to his city, Davis exclaims that Peduto "knows not the thunder he is bringing upon his own city and state," suggesting as he had in more recent posts and comments that there is a correlation between immigration and a "plethora of issues, disease, and death." America, he says, is "at capacity."

Just last year, amidst the COVID-19 pandemic and the federal election cycle, Davis questioned the pandemic, placing quotation marks around the word virus in an attempt to illustrate his disbelief, referring to mitigation efforts as acts of tyranny, and repeatedly posting about going to war against the United States.

"I could also have never fathomed a call to fight against our own government," he wrote. "But this is our reality." The post accompanied photos of his time in the military and a strange photo of Davis in his military uniform as an old man, made with the help of a social media app, presumably contemplating his victory against the same government he now campaigns to be a part of. "Together, we will take back Our America," he concludes.

These posts are just a few among the myriad topics including those comparing women to pick-up trucks and parking spaces, claims of election fraud long before 2020, and a series of verbal assaults, mostly directed at female Democratic politicians.

But what is most remarkable about this archive is the window that these posts open on Davis, the person, as compared to Davis, the politician. He now puts on a suit and feigns tacit support for the community issues and government programs he has for years railed against. But no amount of whitewashing or cleaning of one's social media can cleanse the reality of what type of person lies in wait under that suit.

Someone once told me that when someone shows you who they are you should believe them. Brenton Davis has shown us post after post that, despite his self-celebrated military career, he's not fit for service.